KANSAS CITY, Mo. (KSHB) — An Overland Park woman accused of committing medical murder while working as a respiratory therapist nearly 20 years ago plans to turn herself in, according to her attorney.

Jennifer Hall, 44, is accused of committing the crime on May 18, 2002, at the Hedrick Medical Center in Chillicothe. 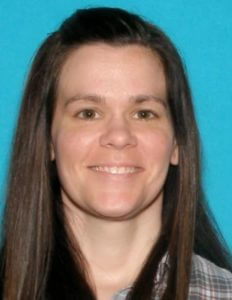 On Monday, the Livingston County, Missouri, Sheriff’s Office announced authorities were searching for Hall on a first-degree murder warrant.

Hall is accused of murder in the death of Fern Franco, who was a pneumonia patient at the hospital.

Livingston County authorities believe a combination of succinylcholine and morphine played a role in the deaths.

“She wouldn’t have access to morphine,” O’Connor said. “All that’s very heavily guarded and you have to have a code, or somebody has to sign off on it.”

Court documents reveal Hall was investigated after a rise in cardiac collapse incidents while working at the Hedrick Medical Center.

A total of 18 incidents occurred during her time there. Nine of those patients died.

“And they deserve answers as to what happens to their relatives and why. But this isn’t the answer,” O’Connor said. “There is no evidence, direct or indirect, that she had anything to do with these.”

“And if she didn’t do it, someone needs to answer some questions of why it took 20 years for anybody to even investigate it,” Aprille Franco said.

Aprille never had a chance to meet her and is now seeking justice.

“She took that away. She took away the rest of those families lives, and those memories and she needs to pay for it,” Aprille Franco said. “Nobody knows where to find her now, and if she wasn’t, if you’re not guilty, turn yourself in.”

O’Connor, told KSHB-TV Hall plans to turn herself in soon but didn’t specify when.

He’s also the same attorney who got Hall’s conviction overturned in an arson case out of Cass County. He believes the latest allegations are baseless.

“Maybe through this process, we find out more and able to assist them in finding out what the cause was or get to the root of it,” O’Connor said. “But certainly, it’s not my client.”

This story was originally published May 11 by KSHB in Kansas City, an E.W. Scripps Company.