PRESCOTT, Ariz. (AP) — Authorities in central Arizona have made an arrest in an investigation into human body parts that were found scattered in remote areas.

Walter Harold Mitchell, 59, was booked into jail in Yavapai County late Tuesday afternoon on suspicion of dumping more than two dozen body parts outside of Prescott that are believed to be connected to medical research, the Yavapai County Sheriff’s Office said. 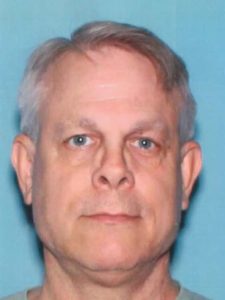 Authorities said the remains likely were connected to a Seattle-based business that Mitchell owned and that managed cadavers for research. According to the sheriff’s office, Mitchell left Seattle earlier this year with human remains belonging to five people.

“This situation is unimaginable, and I am so sorry for the families whose loved ones were donated to research and treated in such a horrific fashion,” Sheriff Scott Mascher, who retires Friday, said in a statement.

Mitchell was arrested in Scottsdale on the outskirts of Phoenix. Authorities said evidence, including tags and white absorbent sheets, found along with the body parts tied Mitchell to the case.

Mitchell will have an initial appearance in a justice court, where he will be appointed an attorney if needed. He hasn’t formally been charged with any crimes.

It was unclear late Tuesday whether Mitchell already has legal representation. County officials either could not say Tuesday or did not respond to emails sent by The Associated Press.