(KSBY) — Adventures with Purpose, a specialty search and recovery dive team, announced on Facebook that they found a body inside a car at a Truckee Lake.

The group said they believe it is missing teen Kiely Rodni, but law enforcement has not confirmed if it is Rodni. 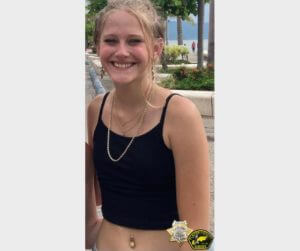 The Placer County Sheriff’s Office confirmed through social media that a body was found at Prosser Reservoir, but they did not release the victim’s identity.

The FBI and the Nevada County Sheriff’s Office are also on scene investigating.

16-year-old Rodni was last seen on Aug. 6, 2022 at a party at a campground in Truckee, CA. She disappeared seemingly without a trace.

The Placer County Sheriff’s Office is planning to have a press conference on Monday Aug. 22, 2022 at 11:00 a.m. at the Truckee-Donner Recreation & Park District.

This story was originally published Aug. 21 by KSBY, an E.W. Scripps Company.