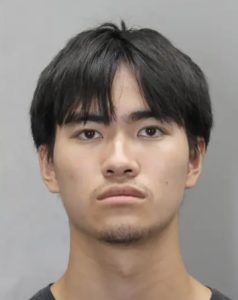 FALLS CHURCH, Va. (AP) — The body of a 78-year-old northern Virginia man was found buried in his backyard Wednesday and his son has been charged with second-degree murder, police said.

Truman Nguyen was reported missing on Monday, news outlets reported. But after an associate reported that the son may have harmed his father, the son was interviewed and that led to the discovery of Nguyen’s body, Fairfax County police said.

The body will be sent to the medical examiner for positive identification and to determine the cause of death.

Nguyen’s 19-year-old son, Philip Nguyen, who lived in the house, has been arrested and charged with second-degree murder in his father’s death. He is being held without bond.

Police didn’t release a motive but said they had been called to the home before for domestic disputes. The case isn’t listed in court records, so it could not be determined whether Nguyen has an attorney.

The slaying is the county’s 18th homicide this year, and one of four cases this year in which a son or brother has slain a parent or sibling, Police Chief Kevin Davis said.