IOWA CITY, Iowa (AP) — The boyfriend of a University of Iowa student testified Wednesday that he had nothing to do with her 2018 abduction and stabbing death, saying he had been out of town for work and heartbroken by her slaying.

Dalton Jack, the longtime boyfriend of Mollie Tibbetts, was a key witness on the first day of the first-degree murder trial of Cristhian Bahena Rivera, the Mexican national charged in her killing.

Prosecutor Bart Klaver said in his opening statement Wednesday that video evidence, DNA analysis and a partial confession by Bahena Rivera, a dairy farm worker, will be crucial to proving his guilt. Tibbetts, 20, disappeared while out for a run in Brooklyn, Iowa, on July 18, 2018. Her body was recovered a month later in a cornfield.

During cross-examination, defense lawyers for Bahena Rivera worked to try to cast suspicion on Jack, painting him as an angry young man who had a tumultuous relationship with Tibbetts and had cheated on her with at least one other woman.

But Klaver said a homeowner’s surveillance video will show Bahena Rivera’s black Chevy Malibu appearing to circle Tibbets as she ran. Bahena Rivera, now 26, told police that he drove past Tibbetts and turned around to get a second look because he thought she was “hot,” Klaver said. 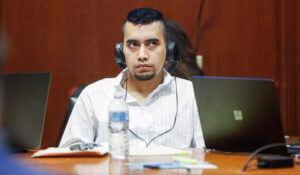 Cristhian Bahena Rivera listens his murder trial at the Scott County Courthouse in Davenport, Iowa, on Wednesday, May 19, 2021. Rivera is charged with first-degree murder in the death of Mollie Tibbetts. (Jim Slosiarek/The Gazette via AP, Pool)

Bahena Rivera admitted to investigators that he got out of his car and ran to catch up with her, and became angry and fought with her after she threatened to call police, Klaver said. Bahena Rivera said the next thing he remembered was driving his Malibu with her bloody body in the trunk, which he then carried over his shoulder and hid beneath stalks in a cornfield, the prosecutor said.

Klaver said blood found in the trunk matched Tibbetts’ DNA. He said an autopsy found that she had been stabbed from seven to 12 times in the chest, ribs, neck, and skull, and that she died from sharp force injuries.

Jack, 23 and now an Army sergeant stationed at Fort Bragg in North Carolina, testified that he met Tibbetts at high school and had been dating her for three years. He described her as “happy, bubbly, goofy,” saying she liked to have fun and that she would go for a run most days.

On the day she disappeared, Tibbetts was staying at the Brooklyn home where Jack and his older brother Blake Jack lived. She had been asked to watch Blake Jack’s dogs while the brothers were out of town that week for work.

The brothers testified that they became concerned after learning on July 19 that Tibbetts had not shown up for work at a daycare, and she was not answering her phone. Both returned to Brooklyn to help search for her, before calling police. 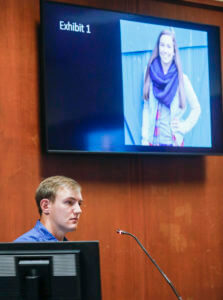 A photograph of Mollie Tibbetts is shown in the courtroom as Dalton Jack testifies during the trial of Cristhian Bahena Rivera at the Scott County Courthouse in Davenport, Iowa, on Wednesday, May 19, 2021. Rivera is charged with first-degree murder in the death of Tibbetts. Jack was Tibbetts’ boyfriend at the time of her death. (Jim Slosiarek/The Gazette via AP, Pool)

Dalton Jack testified that he had been part of a crew building a bridge in Dubuque, about 140 miles from Brooklyn. He worked 12 hours on July 18 then drank beer and played yard games with the crew before going to sleep at a hotel, adding that he never returned to Brooklyn that night.

On cross-examination, Jack acknowledged he used to have a “short fuse” and would get into fights. He said that he had “screwed up” and cheated on Tibbetts once, and that she discovered the relationship after looking through his phone.

Jack said the two worked through the problem and never broke up but acknowledged Tibbetts told him three days before she disappeared that she remained sad and upset about his infidelity. On the day before she went missing, she had discussed one of his previous relationships with a second woman, Jack admitted.

With friends and police searching for Tibbetts, a woman with whom Jack has previously had a relationship sent him a text message asking, “Dalton, is Mollie alive?” defense lawyer Chad Frese said, calling the question “odd.”

Jack admitted that he initially told police that he was watching a movie in his hotel room on the night she disappeared and that he withheld information about his infidelity, calling it irrelevant. He also acknowledged that he told police his last communication with Tibbetts was a Snapchat he received at 10:30 p.m. that night, but phone records show it was after 1 a.m.

He also said he did not agree to voluntarily testify and required a subpoena because he didn’t want to be in “the same room” as Bahena Rivera.

“I am obviously not his biggest fan,” he said. “I wholeheartedly believe he’s guilty.”

Jack said he joined the Army three months after Tibbetts’ body was found because he was heartbroken and “wanted to pretty much leave” their hometown.

Bahena Rivera paid close attention to the testimony, listening through headphones to a Spanish-speaking interpreter. If convicted, he faces life in prison without parole.

The trial at the Scott County Courthouse in Davenport is being live-streamed by Court TV and expected to last through next week. 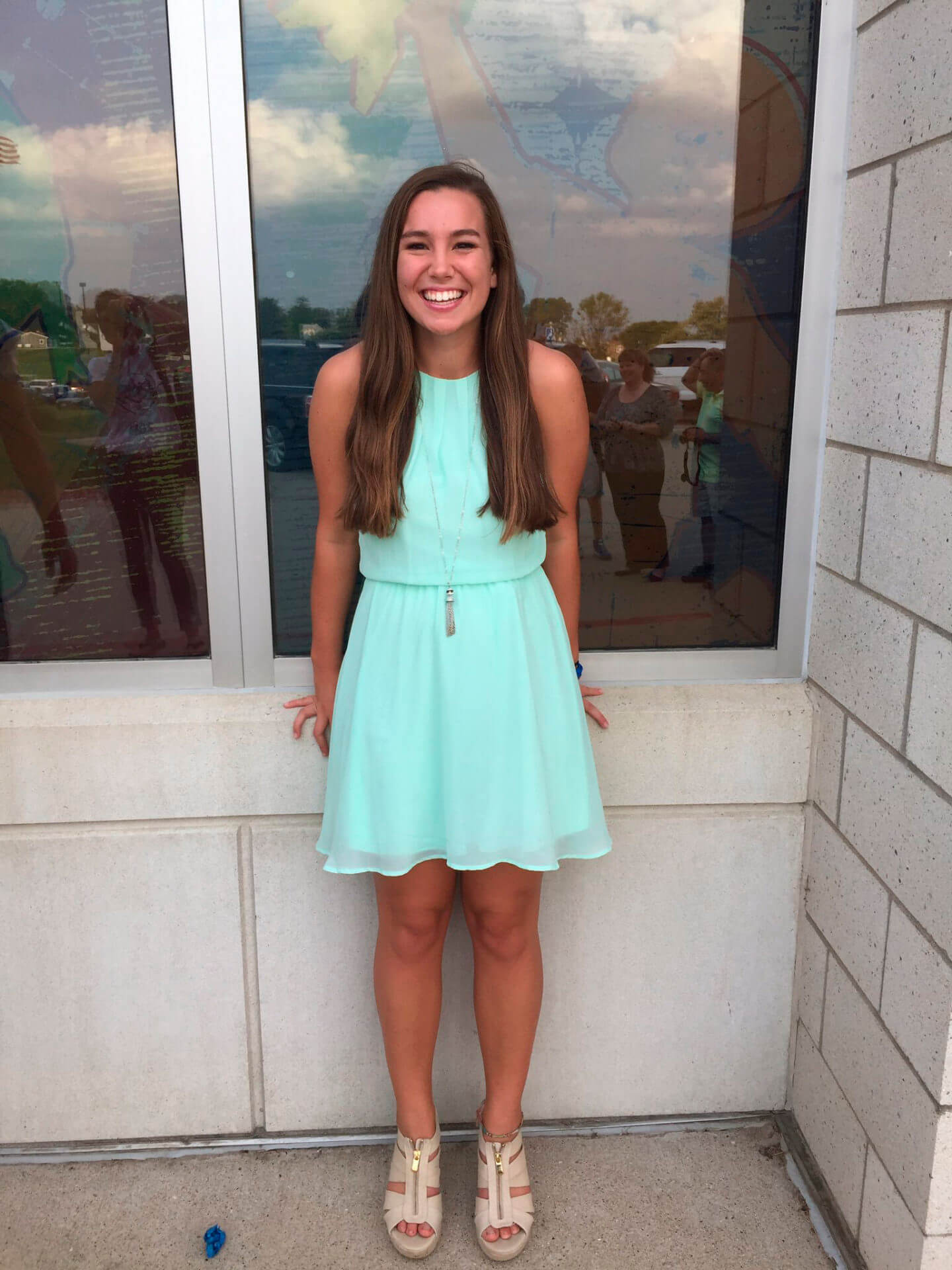 In this September 2016 photo provided by Kim Calderwood, Mollie Tibbetts poses for a picture during homecoming festivities at BGM High School in her hometown of Brooklyn, Iowa. Cristhian Bahena Rivera, the man charged with killing Tibbetts while she was out for a run in July 2018, will stand trial for first-degree murder on Monday, May 17, 2021, in Davenport, Iowa. (Kim Calderwood via AP)
MORE NEWS