LOS ANGELES (AP) — Britney Spears’ father said in a court filing Friday that there are “no grounds whatsoever” for removing him from the conservatorship that controls her money and affairs.

James Spears “has dutifully and faithfully served as the conservator of his daughter’s estate without any blemishes on his record,” the filing said. 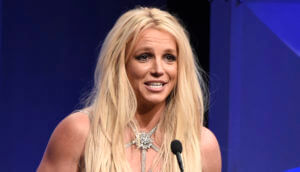 FILE – In this Thursday, April 12, 2018, file photo, Britney Spears accepts the Vanguard award at the 29th annual GLAAD Media Awards at the Beverly Hilton Hotel in Beverly Hills, Calif. Spears wants to be freed from her father. In a recent series of court maneuvers, Spears has sought greater say over her life and affairs, which for years have been under the control of a court conservatorship run mostly by her father, James Spears. (Photo by Chris Pizzello/Invision/AP, File)

James Spears’ filing also says that court-appointed professional Jodi Montgomery, who oversees Britney Spears’ life decisions while her father handles her money, called him, distraught, last month and sought his help with his daughter’s mental health struggles. Montgomery and her lawyer said in response that James Spears “misrepresented and manipulated” the call to use it to his own advantage.

James Spears’ filing came in response to court papers filed a day earlier by Britney Spears’ new attorney Matthew Rosengart, which requested an emergency hearing as soon as possible to suspend him from the conservatorship.

James Spears said Rosengart “does not (and cannot) specify what the wrongdoing is” to prompt such a suspension.

James Spears stepped aside from the part of the conservatorship that controls his daughter’s life decisions in 2019, with Montgomery taking over, though her official status remains temporary.

The allegations made by Britney Spears at hearings in June and July that seem to have spurred Rosengart’s call for her father’s removal, including “serious allegations regarding forced medical treatment and therapy, improper medical care, and limitations on personal rights,” are “untested” and involve issues that have long been Montgomery’s responsibility, not his, said Jamie Spears’ filing.

James Spears says the call for his urgent removal is “ironic” considering the call he received from Montgomery on July 9.

“Ms. Montgomery sounded very distraught and expressed how concerned she was about my daughters’ recent behavior and overall mental health,” James Spears said in a personal declaration included with his court filing. “Ms. Montgomery explained that my daughter was not timely or properly taking her medications, was not listening to the recommendations of her medical team, and refused to even see some of her doctors.

Ms. Montgomery said she was very worried about the direction my daughter was heading in and directly asked for my help to address these issues.”

James Spears said they discussed the possibility of hospitalizing Britney Spears on an emergency psychiatric hold.

Montgomery acknowledged, in a statement through her attorney Lauriann Wright, having concerns about Britney Spears’ behavior and mental health, but said James Spears’ stepping down would only help.

The statement said “having her father Jamie Spears continuing to serve as her Conservator instead of a neutral professional fiduciary is having a serious impact on Ms. Spears’ mental health.”

At no time during the phone call did Montgomery suggest Britney Spears qualifies for a psychiatric hold, the statement said.

Montgomery reached out to Jamie Spears because she was concerned that an investigation of Britney Spears’ allegations, which he was seeking, would be harmful to her.

“The concern that Ms. Montgomery did raise to Mr. Spears during their telephone call is that forcing Ms. Spears to take the stand to testify or to have her evaluated would move the needle in the wrong direction for her mental health,” the statement said.

Montgomery was “saddened” that the call “is now being misrepresented and manipulated” by James Spears “to gain some sort of tactical advantage in the pending proceedings to remove him.”

The fighting between those involved in the conservatorship has grown increasingly heated, and increasingly public, since Spears’ dramatic testimony at a hearing on June 23, when she told a judge ” I just want my life back.”

A hearing to address Rosengart’s petition to remove James Spears is scheduled for Sept. 29, unless the judge grants his request to hold one sooner.