SAN DIEGO (Court TV) — A judge has ordered the husband of missing California woman Maya Millete to stand trial for her death two years after she disappeared.

Larry Millete was charged with first-degree murder and possession of an assault weapon nine months after Maya was last seen on Jan. 7, 2021. Prosecutors contend Larry killed Maya because she was looking to divorce him.

The same day she spoke with a divorce attorney, nine loud bands rang out through their Chula Vista neighborhood. A neighbor’s security footage captured the alleged noise. About three hours later, all activity on Maya’s cell phone stopped.

Larry’s defense argues Maya had a history of drinking and infidelity, including leaving their family for a period of time more than once before. They suggest Maya could’ve left her family for good. 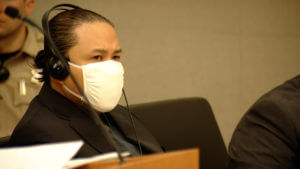 Prosecutors say Larry was willing to go to great lengths to prevent Maya from divorcing him, including killing and disposing of her still-missing body. They even claim Larry desperately attempted to have spells cast on Maya, telling a spell caster in an email, “Make her realize that we are meant to be with each other. Make her miserable without me. Make her want to sleep on the same bed for all eternity.”

In June 2022, proceedings were halted in the case against Larry when defense attorney Bonita Martinez questioned her client’s competency to stand trial. Three months later, Larry was found competent by a psychiatrist.

Following a two week preliminary hearing, Judge Dwayne Moring decided there is sufficient evidence for the case to proceed to trial. A trial date of Sept. 14, 2023, was scheduled.