SAN FRANCISCO (AP) — The California Supreme Court on Monday upheld the death sentence for a man convicted of raping and strangling 10 women in Los Angeles. However, the court reversed his conviction for the death of one victim’s fetus.

Chester Dewayne Turner, a 54-year-old one-time pizza deliveryman, was convicted in 2007 of first-degree murder for killing the women over the course of more than a decade in the 1980s and 1990s. Most victims were vulnerable women who were homeless, drug users or prostitutes, prosecutors said. 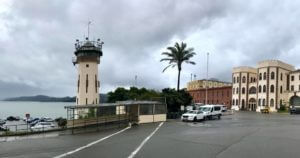 Turner also was convicted of second-degree murder in the death of the female fetus of a woman who was about 6 1/2 months pregnant.

During an automatic appeal, the state Supreme Court agreed with defense attorneys who argued that hearsay evidence about the ability of the child to survive outside the womb undermined the second-degree murder conviction.

However, the court ruled that error didn’t require throwing out the death sentence for Turner, who is considered one of the city’s most prolific serial killers.

The court also said other issues raised by the defense, including some technical arguments about DNA matches between Turner and crime evidence, didn’t require reversing Turner’s convictions or sentences for killing the women.

Turner was convicted of four additional killings in 2014 and sentenced to death. That case is on appeal.