LAS VEGAS (KTNV) — The California mother accused of killing her son in Las Vegas and dumping his body near a trailhead appeared in a Las Vegas courtroom Wednesday morning.

Samantha Moreno-Rodriguez, 35, who was arrested in Colorado and extradited to Las Vegas, appeared via video conference. 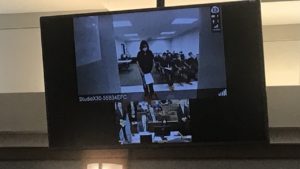 During her court appearance, a state prosecutor told the court that Moreno-Rodriguez confessed to strangling her son for 15 minutes and taking his clothes off after he died.

Liam Husted’s body was found by hikers near the Mountain Springs trailhead off State Route 160 between Las Vegas and Pahrump on May 28.

The 7-year-old boy was initially misidentified by a Las Vegas woman. He was eventually identified after a family friend in San Jose, Calif., saw a sketch of the boy.

The judge ordered Moreno-Rodriguez to be held without bail. Her preliminary hearing is scheduled for Aug. 3. She was assigned a public defender.

This story was originally published June 30, 2021, by KTNV in Las Vegas.