CHESTER, Va. (AP) — Parents, teachers, classmates and community members lit candles, prayed and shared memories during a vigil for a mother and three children who were fatally shot at their home in Virginia last week. 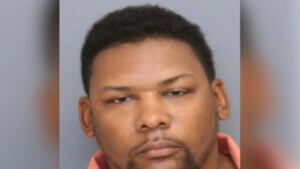 Authorities said JoAnna Cottle called police just before 5 a.m. Friday to report an intruder in her home in Chester, just south of Richmond. When police arrived, they found the bodies of Cottle, 39, and her children, Kaelyn Parson, 13, and 4-year-old twins, Kinsey and Jayson Cottle.

Police said the investigation led to Cottle’s former boyfriend, Jonah Adams, 35, who police said is the father of Kinsey and Jayson Cottle. He was arrested near his home in Waldorf, Maryland, nine hours after the killings. A motive is unclear.

The Richmond Times-Dispatch reports that family members said they are using their faith to get through the incredible loss.

“It’s tough, but we’re praying multiple times a day to give us strength,” said Stephen Bradshaw, a cousin of JoAnna Cottle, during a vigil held Monday at Salem Church Middle School, where Kaelyn Parson was a student.

Adams is being held without bond at a jail in Maryland. Online court records do not list the name of an attorney who could speak on his behalf.

The family’s funeral service is scheduled for Nov. 29 at Destination Church in Hopewell and is open to the public. Bradshaw said there will be three caskets: one for JoAnna, one for Kaelyn and a single casket for the twins, Kinsey and Jayson.

“They came into this world together,” he said. “We’re going to let them rest together.”