BOSTON (AP) — Mario Batali’s sexual misconduct trial opened Monday in a Boston court with his accuser recounting how she’d been “shocked, surprised and alarmed” as the celebrity chef aggressively kissed and groped her while taking selfies at a restaurant in 2017.

The 32-year-old Boston-area software company worker said she felt confused and powerless to do anything to stop Batali as he grabbed her “in a way that I have never been touched before.”

“It was all happening so quickly and it was happening essentially the whole time,” the woman testified in Boston Municipal Court. “Just a lot of touching.”

She said she felt embarrassed until she saw other women step forward to share similar encounters with Batali.

“This happened to me and this is my life,” the woman said. “I want to be able to take control of what happened, come forward, say my piece and have everyone be accountable for their actions.” 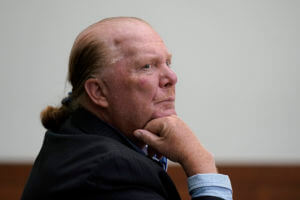 Celebrity chef Mario Batali listens at Boston Municipal Court on the first day of his pandemic-delayed trial, Monday, May 9, 2022, in Boston. Batali pleaded not guilty to a charge of indecent assault and battery in 2019, stemming from accusations that he forcibly kissed and groped a woman after taking a selfie with her at a Boston restaurant in 2017. (AP Photo/Steven Senne, Pool)

But Batali’s lawyer, Anthony Fuller, sought to discredit her, arguing that the assault never happened.

He said the accuser has a financial incentive to lie as she’s seeking more than $50,000 in damages from Batali in a separate civil lawsuit pending in Suffolk County Superior Court in Boston.

“She’s not being truthful,” Fuller said. “This is being fabricated for money and for fun.”

During cross examination, he produced financial statements showing the woman ate at Eataly, the Italian marketplace Batali once owned, weeks after the encounter and continued to patronize the Boston bar where the alleged assault took place.

“You go to the restaurant of the guy who you claimed brutally assaulted you?” he said. “That doesn’t make sense.”

The woman said she didn’t recall going to Eataly and maintained she isn’t speaking out for financial gain. She also strongly pushed back at Fuller for questioning why none of the many photos taken with Batali that night showed the alleged assault. 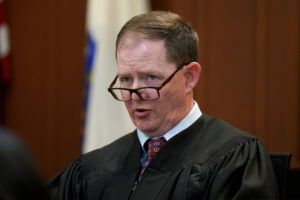 Boston Municipal Court Judge James Stanton addresses the court during the first day of the pandemic-delayed trial for celebrity chef Mario Batali, at Boston Municipal Court, Monday, May 9, 2022, in Boston. Batali pleaded not guilty to a charge of indecent assault and battery in 2019, stemming from accusations that he forcibly kissed and groped a woman after taking a selfie with her at a Boston restaurant in 2017. (AP Photo/Steven Senne, Pool)

The woman said the photos were all taken relatively close up and didn’t show how Batali, who she said was visibly drunk, was grabbing her private areas, touching her face and even sticking his tongue in her ear. She said he also invited her up to his hotel room afterward, which she declined.

“I have never been touched before like that,” the woman said. “Squeezing my vagina to pull me closer to him, as if that’s a normal way to grab someone.”

But Fuller argued the accuser isn’t a credible witness. He honed in on the woman recently admitting to charges of violating a judge’s instructions while serving on the jury in an unrelated criminal trial in 2018.

The woman, who had claimed she was clairvoyant in a jury selection questionnaire, maintained in court Monday she can predict major events before they happen “to a certain extent.”

Monday’s trial opened after Batali — in a surprise move — waived his right to a jury trial and opted instead to have a judge decide his fate.

Batali, who pleaded not guilty to indecent assault and battery in 2019, could face up to 2 1/2 years in jail and be required to register as a sex offender if convicted.

Batali is among a number of high-profile men who have faced a public reckoning during the #MeToo social movement against sexual abuse and harassment in recent years.

The 61-year-old was once a Food Network fixture on shows like “Molto Mario” and “Iron Chef America.” But the ponytail-and-orange Croc-wearing personality’s high-flying career crumbled amid sexual misconduct allegations.

Four women accused him of inappropriate touching in 2017, after which he stepped down from day-to-day operations at his restaurant empire and left the since-discontinued ABC cooking show “The Chew.”

Batali has offered an apology, acknowledging the allegations “match up” with ways he has acted.

“I have made many mistakes and I am so very sorry that I have disappointed my friends, my family, my fans and my team,” he said in an email newsletter at the time. “My behavior was wrong and there are no excuses. I take full responsibility.”

Last year, Batali, his business partner and their New York City restaurant company agreed to pay $600,000 to resolve a four-year investigation by the New York attorney general’s office into allegations that Batali, restaurant managers and other workers sexually harassed employees.

In Boston, he opened the downtown Eataly location and Babbo Pizzeria e Enoteca in the city’s Seaport District. Batali has since been bought out of his stake in Eataly and the Babbo restaurant has closed. 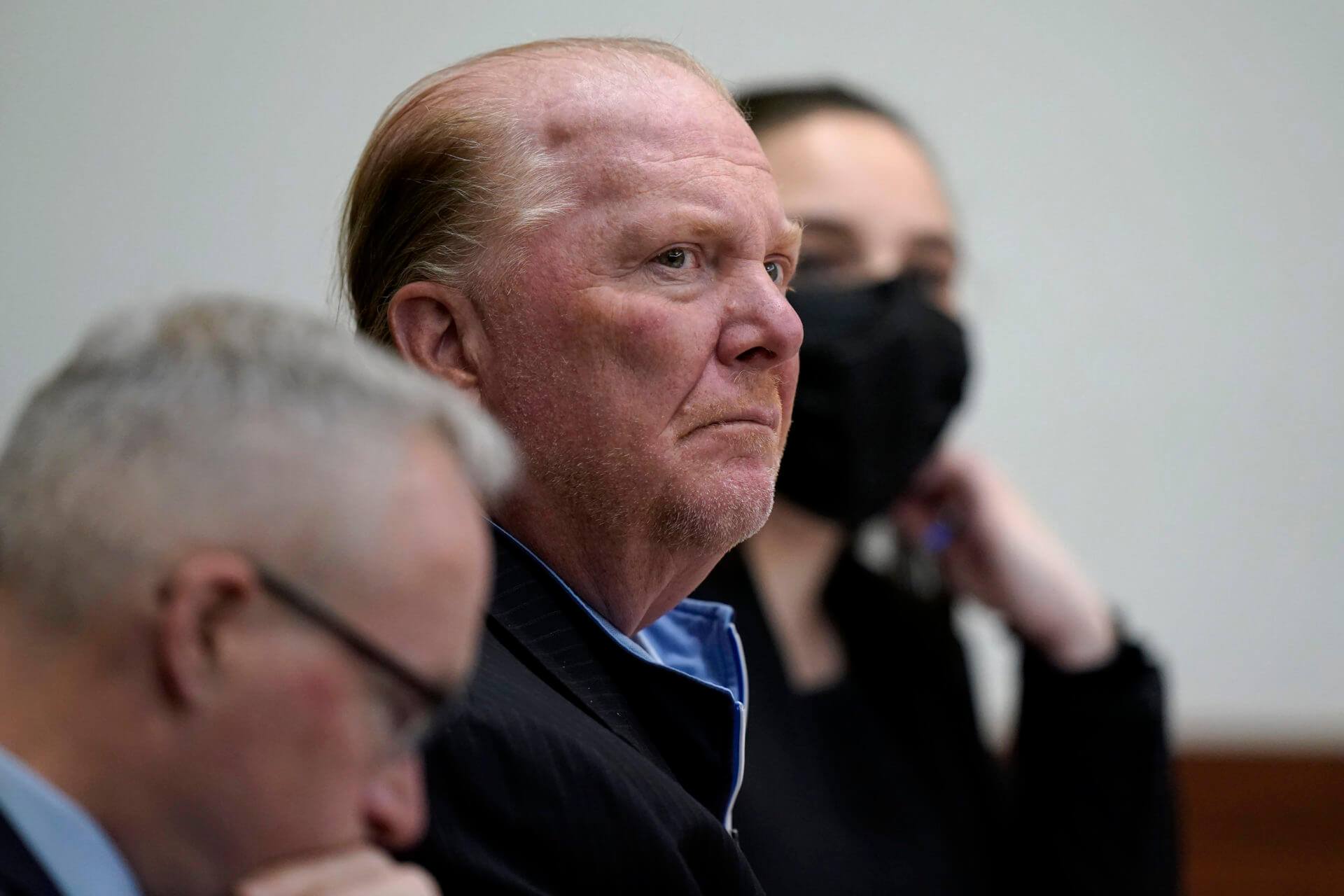 Celebrity chef Mario Batali, center, is seated next to defense attorney Anthony Fuller, left, at Boston Municipal Court for the first day of Batali's pandemic-delayed trial, Monday, May 9, 2022, in Boston. Batali pleaded not guilty to a charge of indecent assault and battery in 2019, stemming from accusations that he forcibly kissed and groped a woman after taking a selfie with her at a Boston restaurant in 2017. (AP Photo/Steven Senne, Pool)
MORE NEWS

Islamic State ‘Beatle’ gets life term for US hostage deaths 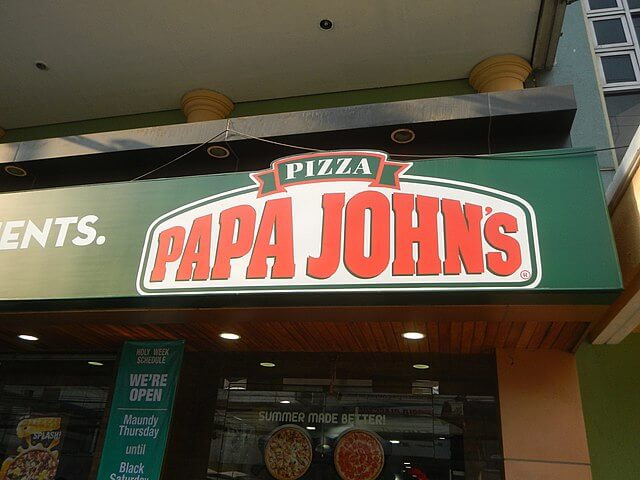 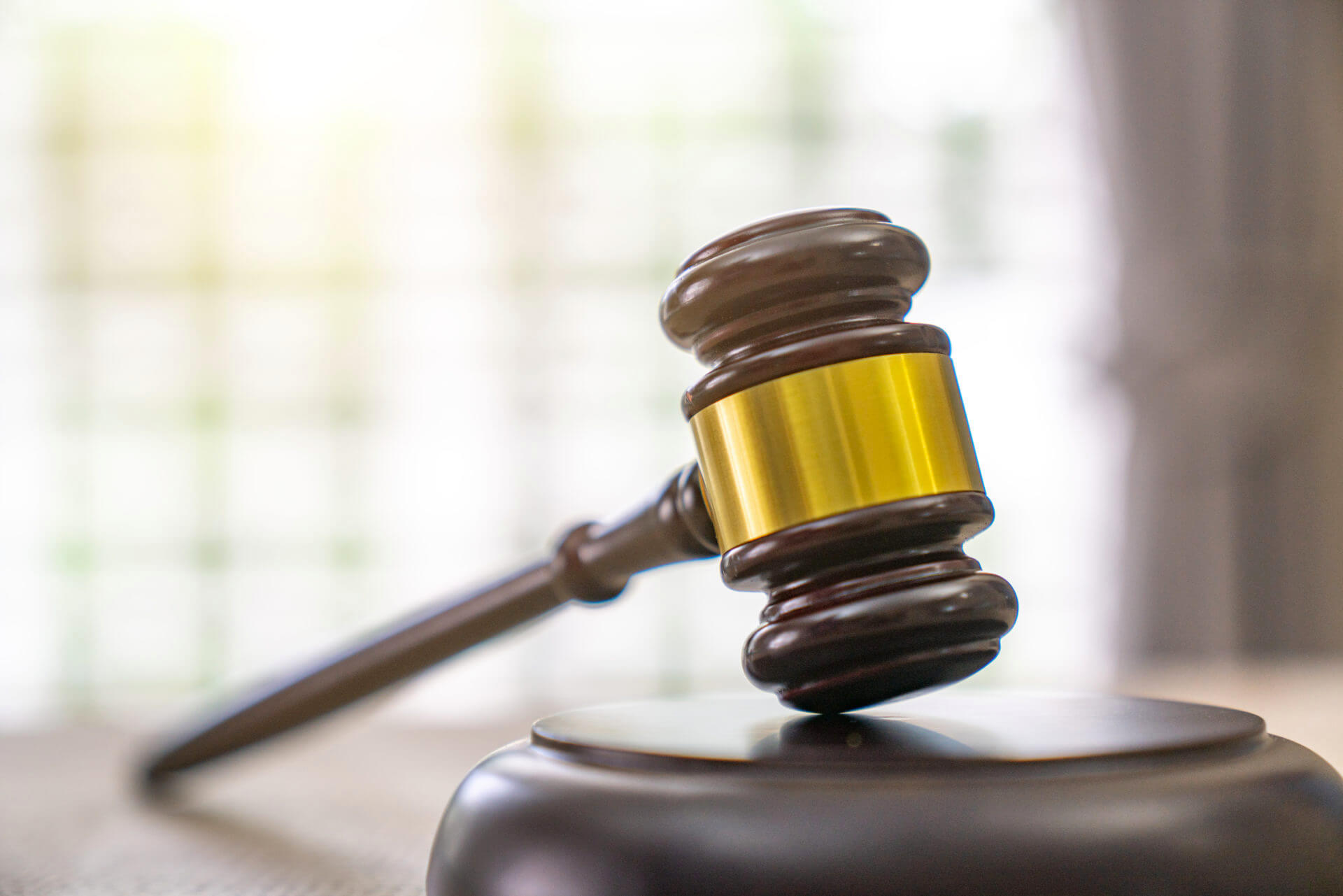 Islamic State 'Beatle' gets life term for US hostage deaths