NORRISTOWN, Pa. (AP) — Closing arguments are scheduled Wednesday in the double murder trial of a man charged in the shooting deaths of his wife and mother-in law in a home near Philadelphia in which two small children were also present. 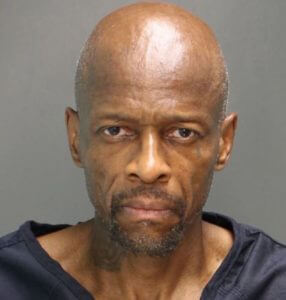 Frederick Clea, 59, is charged with first- and third-degree murder in the July 2020 slayings of 41-year-old Latiya Clea and 74-year-old Mekenda Saunders in Cheltenham Township. A Montgomery County judge will decide Clea’s fate since the defendant waived his right to a jury trial.

Defense attorney Thomas Egan III argued Tuesday that the case was about “about rage, about things getting out of hand between a husband and wife.” He said his client “saw red” and acted “in the heat of passion” but his actions weren’t premeditated. Egan argued for a conviction of voluntary manslaughter or at most third-degree murder.

Assistant District Attorney Gabriella Soreth, however, said the defendant “executed his wife and mother-in-law while his two children watched.” Prosecutors argue that he intended to kill the victims and should be convicted of first-degree murder, which is punishable by life in prison without possibility of parole.
Clea said he didn’t remember shooting the victims and apologized, saying they didn’t deserve what happened to them.