BROOMFIELD, Colo. (KMGH) — A 29-year-old Colorado man was convicted of kidnapping a 12-year-old girl who was walking home from school two years ago.

On Aug. 19, 2019, the girl was walking home from Westlake Middle School in Broomfield, Colorado when Shane Hammond was waiting outside of his truck. 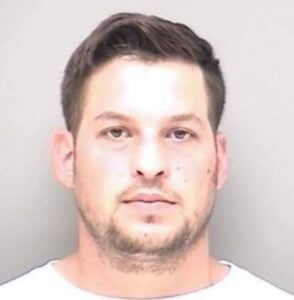 Through surveillance video and months of work by the Broomfield Police Department, Hammond was identified as the suspect and arrested in March 2020.

“This is why our men and women come to work everyday. To not just solve crimes, but also to bring justice to those who have been victimized.” Broomfield Police Chief Enea Hempelmann said. “This case understandably rattled our community, and I am so proud of everyone at the police department who never gave up on finding the suspect.”

“This case represents every child and parent’s worst nightmare,” said District Attorney Brian Mason. “The defendant’s actions were unconscionable and despicable. His actions cannot diminish the bravery of this 12-year-old girl, however. She is an inspiration to our entire community. I am thankful to the Broomfield Police Department for their extraordinary work on this case, our prosecutors and staff for securing a conviction, and the jury for reaching a just verdict.”

On Friday, Hammond was convicted of second-degree kidnapping. He is being held in the Broomfield Detention Center without bond until his sentencing, which is scheduled for 8:30 a.m. on June 3.

This story was originally published April 11, 2022 by KMGH in Denver, an E.W. Scripps Company.