HARTFORD, Conn. (AP) — A Connecticut man who was linked to the sexual assaults of four women in 1984 by information on a genealogy database was convicted Wednesday of all eight kidnapping charges against him.

A state jury in Hartford took less than an hour of deliberations to unanimously convict Michael Sharpe after a five-day trial. He faces 25 to 100 years in prison when he is sentenced on Jan. 9. 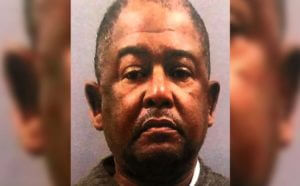 Sharpe, 71, who had been free on a promise to appear in court, was detained after the verdicts because a judge set a new bond at $2.5 million.

At least two of the victims were in the courtroom and wept after the verdicts were announced, The Hartford Courant reported.

Sharpe’s public defender, Dana Sanetti, said in her closing argument Tuesday that the only evidence connecting Sharpe to the attacks was his DNA, which was only “a piece of the puzzle,” Hearst Connecticut Media reported.

Sharpe, of Marlborough, was once the chief executive officer of a group that ran the Jumoke Academy, a tuition-free charter school in Hartford.

Prosecutors said he broke into the women’s homes in four different towns and sexually assaulted them at gunpoint in June and July of 1984. Investigators found DNA evidence at the homes, but no matches could be found at the time and the cases went cold.

Police said they were able to identify Sharpe as a suspect in 2020 because his relatives had given DNA samples to the GEDmatch website. DNA samples taken from trash outside Sharpe’s home, and later from his cheeks, matched the DNA found at the crime scenes, officials said.

Sharpe could not be charged with sexual assault because the statute of limitations expired, but authorities were able to file kidnapping charges, which have no such time limit.