LOS ANGELES (AP) — A California appeals court on Wednesday ordered the unsealing of some documents in the criminal case against renowned director Roman Polanski, who has been a fugitive since pleading guilty to having sex with a 13-year-old girl decades ago, a California prosecutor announced.

The court ordered the unsealing of the conditional deposition transcript of Roger Gunson, who was the original prosecutor in the Los Angeles County case, the county district attorney’s office said. 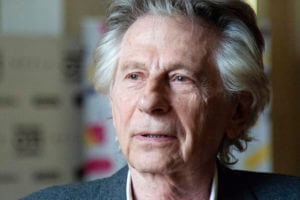 FILE – Director Roman Polanski appears at an international film festival, where he promoted his film, “Based on a True Story,” in Krakow, Poland on May 2, 2018. A California appeals court on Wednesday, July 13, 2022, ordered the unsealing of some documents in the criminal case against Polanski, who’s been a fugitive since pleading guilty to having sex with a 13-year-old girl decades ago. (AP Photo/File)

There was no immediate word, however, on when the documents would be made public.

But Harland Braun, Polanski’s attorney, told the Los Angeles Times that his client was “ecstatic” over the order by the 2nd District Court of Appeal.

Polanski, 88, who won a best director Oscar for “The Pianist” in 2003, remains a fugitive after pleading guilty in 1977 to unlawful sex with a minor and fleeing the United States for France on the eve of sentencing the following year.

France, Switzerland and Poland rejected bids to extradite him back to the United States and he continues to be feted in Europe, winning praise and working with major actors.

However, the Academy of Motion Picture Arts and Sciences expelled him from its membership in 2018.

At Polanski’s trial, the victim testified that during a photo shoot at Jack Nicholson’s house in March 1977 when the actor wasn’t home, Polanski gave her champagne and part of a sedative, then forced her to have sex despite her objections. The girl said she didn’t fight him because she was afraid of him but her mother later called police.

But in a 2010 interview with CNN, the victim, Samantha Geimer said she thought the judge in Polanski’s case had been dishonest with him.

In 2017, Geimer appeared in a Los Angeles courtroom to ask a judge to end the case, calling it a “40-year-sentence” imposed on both her and the director. The request was denied.

Polanski has long argued that there was judicial misconduct in his case. In 2010, a Los Angeles court took sealed testimony from Gunson about his recollections of promises made to the director by the judge in 1977.

Polanski has argued that the Gunson transcript would show that the L.A. County Superior Court judge, Laurence Rittenband, had intended that after he pleaded guilty, Polanski would serve only a 90-day evaluation in state prison. The director was released after just 42 days but the judge later tacked on another 48 days and Polanski fled.

Polanski’s lawyers had long sought the unsealing of that testimony, believing the transcript might help their case.

Braun told the Times that after he gets the transcript, he’ll ask to have Polanski sentenced to time served, which might permit him to return to the U.S. without fear of arrest.

Geimer, who has pressed for investigation of alleged judicial misconduct, also had asked that the transcript be unsealed and in a letter last month, she urged the DA’s office to take a fresh look at the case.

The office had objected to releasing the material for years but rescinded its objection earlier this week, saying it was heeding Geimer’s wishes.

“Finally, after decades of waiting, the victim had her request granted and her voice heard,” the DA’s office said in its statement Wednesday.

“We are pleased the appellate court agreed with both the victim and our office about the need for transparency,” District Attorney George Gascón said in the statement. “We hope it gives her a small measure of assurance that eventually, she can have some measure of closure in this decades-long litigation.”

According to the DA’s office statement, Geimer was notified of the decision and was grateful, stating, “It’s never too late to do the right thing.”