ST. PETERSBURG, Fla. (AP) — A mental health provider cannot be held liable for the actions of a man accused of a 2018 Florida high school massacre, an appeals court ruled Wednesday. 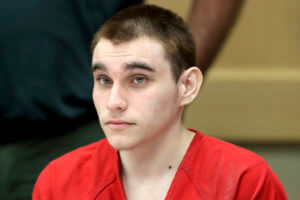 FILE – In this Dec. 10, 2019 Nikolas Cruz appears at a hearing in Fort Lauderdale on Tuesday, Dec. 10, 2019. A mental health provider cannot be held liable for the actions of the man accused of a 2018 Florida high school massacre, an appeals court ruled Wednesday, May 27, 2020. Henderson Behavioral Health Inc. treated Nikolas Cruz off and on from 2009 to 2016, court records show. (Amy Beth Bennett/South Florida Sun Sentinel via AP, Pool)

Henderson Behavioral Health Inc. treated Nikolas Cruz off and on from 2009 to 2016, court records show. Cruz had multiple mental issues, including a fascination with violence, weapons and death, but was eventually mainstreamed into Marjory Stoneman Douglas High School in Parkland, Florida.

That school was where Cruz is accused of fatally shooting 17 people and wounding 17 others in the Valentine’s Day 2018 attack. At the time, he was no longer a student there. Parents of some victims sued Henderson and others, claiming that a failure to prevent the attack amounted to negligence.

The 4th District Court of Appeal agreed Wednesday with a lower court that Henderson could not be held negligent for failing to prevent Cruz from being mainstreamed into school and not adequately warning school officials about his “dangerous propensities.”

“In this case, a holding that Henderson owed a legal duty to protect or warn students that attended the same school as one of its patients would not only undermine effective patient-therapist relationships, but it also would discourage mental health professionals from providing mental health services to students,” they added.

The court also noted that the final decision on mainstreaming Cruz was made by the Broward County School Board, with input from Henderson and others.

Cruz, 21, faces the death penalty if convicted in the mass slayings. Because of the coronavirus, a hearing on setting a trial date has been postponed several times and now is going to be conducted by remote video on June 22.

Although he has pleaded not guilty, Cruz’s attorneys say he would admit to the killings in exchange for a life prison sentence, but Broward County prosecutors have rejected that offer.