DNA evidence has found that Cheryl Thompson was murdered in 1978 by the now-deceased Ralph Howell, Deters said. 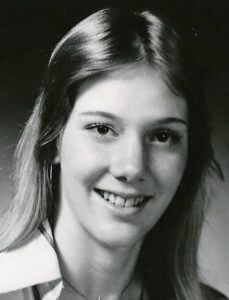 Thompson was reported missing on March 25, 1978, by her family after she failed to return home from an Oakley disco. On April 8, her body was discovered on the banks of the Little Miami River in Loveland.

According to Deters, Thompson was raped and then strangled to death.

DNA evidence was acquired from Thompson’s rape kit. It was held at the Hamilton County Coroner’s Office where, due to the forensic limitations of the time, the investigation went cold.

In 2022, the DNA was taken from the coroner’s office and sent to a genealogy company in hopes of finding a suspect, Deters said.

When investigators discovered an abduction charge of Howell in 1983, his family was asked to submit DNA samples. These samples excluded them from Thompson’s murder, but determined it was a close relative.

In that 1983 charge, Howell was arrested after offering a woman a ride home. Once in the vehicle, Howell put a rope around the woman’s neck, began strangling her and told her he wanted to have sex with her.

That woman was able to fight off Howell and escape, Deters said.

When the prosecutor’s office — alongside the Bureau of Criminal Investigation, Loveland police and the Hamilton County Coroner’s Office — learned this DNA information, they exhumed Howell’s body and DNA was taken from his jaw bone, which then matched the DNA from Thompson’s rape kit. 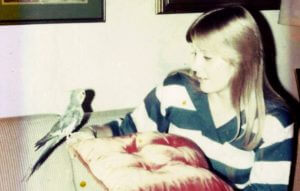 “Law enforcement never forgot about her, her family and what she had to endure,” Deters said.

Other than Thompson’s death, Deters said it’s believed that Howell is responsible for three other unsolved murders of young women that have similar facts and circumstances.

Deters and the prosecutor’s office believes Howell is also responsible for the deaths of:

All three women were raped and strangled similar to Thompson.

“There is no doubt in our mind that Ralph Howell was a serial killer,” Deters said.

Deters said they unfortunately do not have DNA from those murders to test with Howell’s.

“Hopefully the Thompson family has some closure today,” Deters said.