LAS VEGAS (AP) — Sixteen-year-old Kim Bryant was near her Las Vegas high school on Jan. 26, 1979, before she was kidnapped, raped and slain by a stranger.

The killing of the promising Western High School sophomore caused a river of heartache that hasn’t stopped flowing over 40 years later.

“It doesn’t go away,” Bryant’s father, Edward Elliott, of Missouri, told the Las Vegas Review-Journal. “A 16-year-old girl — this SOB took her life and everything she had going for her.”

Four years after Bryant was abducted, a nearly identical crime was committed against Clark High School graduate Diana Hanson, 22. The college student was home in Las Vegas for the Christmas holidays when she was abducted on Dec. 30, 1983, while jogging. She, too, was raped and killed. Her body was later found on the outskirts of Las Vegas.

“It was hardest on my parents, to lose a child,” Hanson’s brother, Kevin Hanson, of Florida, told the Review-Journal. “Time doesn’t heal. It just makes you put it in the back of your head. So for the longest time, I was really angry and hated the guy.”

The months, years and decades would pass with no arrests. The long wait for answers for both families, however, finally arrived in a span of one week starting in late November. 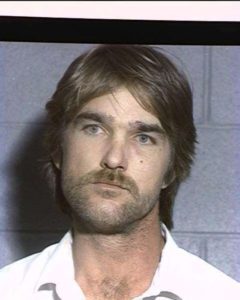 “I always knew they would eventually figure out who it was,” Hanson said. “I really appreciate that the police department never gave up on her, and I don’t think they give up on any of the victims like my sister.”

There were few leads for police to work with in both the Bryant and Hanson cases. There were no advanced traffic cameras at major intersections, no DNA testing available. Instead, there were witness accounts, blood typing, fluid collection, a search for fingerprints, hopefully a jailhouse snitch and, in the Hanson case, also some tire tracks to work with.

Bryant was last seen with a friend at a Dairy Queen near her school the morning she disappeared. Her father described her as a beautiful, kindhearted, loving child with a bright future ahead. On that day, Bryant planned to get a ride from her boyfriend, but when he showed up, she was gone. Her tote bag holding her belongings was found in the street, alerting her parents immediately that something was wrong.

What followed was a frustrating delay in getting the word out as some questioned whether she could have run away. Her body was found in the desert more than three weeks later, on Feb. 20.

Retired Las Vegas police Detective John Silbaugh started working on the case a few months after the discovery when he joined the homicide detective squad for a second time in his career. He said he and others worked on the case for years. It was obvious the person who killed Bryant was a cold-blooded predator, but police had few clues.

“We had witness statements about different vehicles, one of them was a four-wheel drive Jeep or SUV of some type,” he said. “A couple of guys in it, seen talking to her. That was it. No description … all we had was maybes and could bes.”

At one point detectives traveled to Michigan to interview a man who supposedly witnessed the crime only to learn the story was fiction.

Given the way the crime was carried out, police believed Bryant’s killer was likely responsible for other similar crimes and would probably kill again if not caught.

“When you have a woman or a girl kidnapped, murdered, put in a desert, that is an M.O.,” Silbaugh said. “From the first one he does to the last one he does, it never changes.”

Elliott said that at one point the family was told by police that a criminal executed in Texas was the likely killer, but the family never believed it. As the years went by, the torment of not knowing was a colossal drain on everyone.

His late wife, Sharrie Elliott, wrote to the Las Vegas Review-Journal months after her daughter’s disappearance: “I cannot shop for her birthday presents, I cannot have a cake made for her, there will be no party with her smiling face.”

“I know it sounds stupid, but on Kim’s birthday I would give anything if I could say to her, ‘Rest now, baby, they have caught those who hurt you so bad and took you away from us,’” she wrote.

Diana Hanson’s father was a pilot stationed at Nellis Air Force Base at the time of her abduction.

About three months before her death, Kevin Hanson said, his sister made a surprise visit from college to see him in Mississippi when he, like his father, obtained his pilot wings at an Air Force base.

”She wanted to be a model for a while,” he said. “She did some modeling when she was 15, and when she ended up in college at North Texas State she was pursuing a design degree, interior design. She was very creative. She would make Christmas presents more than buy them.”

Diana Hanson was a regular jogger, and Kevin Hanson had gifted his sister a Walkman with headphones so she could listen to music while running. Her brother said when she was home in Las Vegas, she would always go jogging with a friend to be safe. On the day she went missing, though, she went alone.

Within 24 hours of her disappearance and the police being called, her father was asked to identify his daughter at the morgue. She had been stabbed more than a dozen times.

The devastation would never go away for the Hanson family.

“For my mom, anytime she saw a movie or something where a mother is helping her daughter get ready for a wedding or something, she would be upset,” Hanson said. “We grew up Catholics, and she was actually praying for the guy’s soul. It took her years. She was angry at God for a while, and then she prayed for the killer’s soul.”

Like in the Bryant case, there was little to work on. Police set up roadblocks searching for witnesses in the days after the killing. They found a single set of tire tracks at the crime scene that offered some promise that they would one day crack the case. Silbaugh was no longer working in homicide when Diana Hanson was killed, but police suspected there was a strong chance the Hanson and Bryant cases were related.

“We were thinking it might have been a transient. That is kind of what I thought,” Kevin Hanson said.

Both the Hanson and Elliott families remained steadfast in the belief that one day the killer would be identified, no matter how long it took, and both families stayed in touch with police.

The lab had helped Las Vegas police solve another cold case homicide by using advances in DNA technology to identify a Las Vegas killer using just 0.12 nanograms of DNA. The testing was made possible by money donated by Las Vegas philanthropist and entrepreneur Justin Woo.

“We decided that we wanted to build a lab that would be sort of the forensic lab of the future,” said Kristen Mittelman, chief business development officer at Othram. “A lab that would be able unlock DNA clues from forensic evidence in a way that has never been done before.”

The lab has developed proprietary methods to perform DNA sequencing on extremely small samples of evidence to create what Mittelman calls “high performance profiles” of a suspected killer.

That’s what the lab did with the old samples secured from the crime scene in Bryant’s case. It then uses publicly available genealogy databases, as well as their own database, to chart out the family tree of the killer, eventually allowing police to identify the person through DNA comparison.

“It is the most rewarding thing I have ever done,” Mittelman said. “I don’t think anyone should have to wait 42 years to find out what happened to their loved one.”

On Nov. 29, the killer of Bryant was identified as Peterson, who was 19 at the time of the crime. He died in the Las Vegas area in 1993 and was never on anyone’s radar as far as a suspect in Bryant’s case, though he was at one point a rape suspect in the valley. Spencer said police are still trying to figure out the exact circumstances of Peterson’s death.

Kevin Hanson said when Bryant’s case was solved, a detective received a witness account from someone who knew Peterson and who said around the time his sister went missing, Peterson had a brand new set of Walkman headphones in his trunk. This prompted police to do a direct DNA match between Peterson’s DNA profile and DNA from Diana Hanson’s case. It was another match, confirming Peterson had killed both.

Police and family members said they knew of no connection between Peterson and the young women. Peterson had been a student at Western, but police have no indication that he knew Bryant. Spencer said police are now checking five other cold case sex assault homicides of women in the valley in the late 1970s and early 1980s to see if Peterson is responsible.

“Saddened,” Kevin Hanson said. “For (my mother) I think it was good closure that we know who it is. I think she was actually relieved he was deceased.”

Elliott said Peterson should be thankful he’s dead, adding that if Peterson were alive today “there’d be an arrest warrant out for me.”

Elliott and Hanson expressed appreciation for all those involved in giving their families the name of who was responsible for all the misery. Elliott, choking back emotion, had a simple message for Woo’s donation that made the DNA match possible.

“Just tell him, from the Elliotts, we really appreciate it,” he said.