COLUMBIA, S.C. (AP) — South Carolina’s highest court will hear arguments Thursday on whether a newly organized firing squad or the old electric chair are legal ways to execute inmates in the state, which has been unable to obtain drugs for lethal injections.

A lower court judge ruled in September that South Carolina lawmakers “ignored advances in scientific research and evolving standards of humanity and decency” when they passed a law effectively forcing condemned prisoners to choose between electrocution or the firing squad. 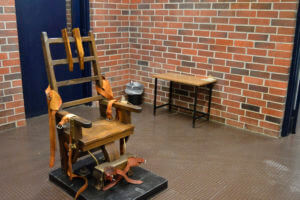 The state appealed and the South Carolina Supreme Court will hear arguments Thursday over whether the 2,000-volt electric chair or the bullets fired at the heart by a three-person firing squad violate state constitutional provisions against cruel and unusual punishment like those in the U.S. Constitution. They are not likely to issue a ruling for several months.

The death penalty remains under near constant scrutiny in the United States. Tennessee issued a report last week saying the state has not followed the new rules it made for lethal injections in 2018, killing inmates with drugs that hadn’t been properly tested.

Missouri on Tuesday executed Amber McLaughlin, 49, believed to be the first transgender women put to death in the U.S. after the governor denied her plea for clemency, which said her traumatic childhood caused mental health issues.

Four inmates in South Carolina have exhausted their regular appeals and could have death warrants issued as soon as the courts resolve the matter. The state Supreme Court likely won’t rule for months, and whichever side doesn’t like the ruling will likely file a federal appeal.

South Carolina hasn’t executed a prisoner in nearly 12 years. Its supply of drugs for lethal injections has expired and pharmaceutical companies refuse to sell them more, knowing they will be used to kill someone.

From 1996 to 2009, South Carolina was carrying out an average of about three executions per year. The last one took place in 2011.

The South Carolina General Assembly passed a law in 2021 making the electric chair, which has been a legal method of killing prisoners in the state for more than a century, the default method of execution instead of lethal injection.

A death row inmate who did not want to be electrocuted could choose between the newly created firing squad or lethal injection if it were available.

Justice 360, a group fighting for fairness and transparency in death penalty and other major criminal cases, filed a lawsuit. The group argues that a firing squad and electrocution are both more painful and brutal ways to die than lethal injection, which was no longer a true choice in the state because prison officials failed for years to procure the needed drugs. 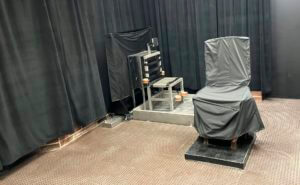 Circuit Judge Jocelyn Newman held a trial in August, siding with four death row inmates whose experts testified the prisoners would feel terrible pain whether their bodies were “cooking” by electricity or their hearts were stopped by bullets — assuming the shooters were on target.

Attorneys for the state countered with their own experts who said death by firing squad or the electric chair would be instantaneous and the condemned would feel no pain.

“Respondents have still not provided any answer (just as the circuit court didn’t provide any answer) to questions like ‘how much pain is too much pain’ or ‘how many seconds may a condemned inmate remain conscious’ before a method of execution ‘becomes’ unconstitutional, lawyers for the state wrote in their brief to the Supreme Court.

Lawyers for the inmates said those are impossible questions to directly answer because the people who experience execution are dead.

“This is precisely the sort of situation in which expert testimony is necessary: experts in electricity and medicine cannot say with absolute certainty what anybody who dies in the electric chair experiences, but they can say to a reasonable degree of scientific certainty how the human body interacts with electricity,” the attorneys wrote in briefs.

Public support and use of the death penalty continued its more than two-decade decline in the U.S. in 2022, a year in which many executions were “botched” or highly problematic, according to an annual report on capital punishment released in December.