FORT WORTH, Texas (AP) — A former Los Angeles Angels employee was sentenced to 22 years in federal prison Tuesday for providing Angels pitcher Tyler Skaggs the drugs that led to his overdose death in Texas. 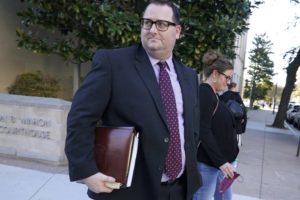 FILE – Former Los Angeles Angels employee Eric Kay walks out of federal court on Feb. 15, 2022, in Fort Worth, Texas, where he is on trial for federal drug distribution and conspiracy charges. Kay was sentenced to 22 years in federal prison on Tuesday, Oct. 11, 2022, for providing Angels pitcher Tyler Skaggs the drugs that led to his overdose death in Texas. (AP Photo/LM Otero, File)

Eric Kay, dressed in an orange jumpsuit with handcuffs and leg shackles, didn’t react when U.S. District Judge Terry R. Means read his sentence. Kay faced at least 20 years in prison on one of the two counts.

There was no reaction from Skaggs’ widow and mother or members of Kay’s family, including one of his sons who read a statement on his behalf before sentencing. A bailiff had warned observers they would be removed from the court over any outbursts.

Prosecutors presented evidence of Kay, 48, making derogatory comments about Skaggs, his family, prosecutors and jurors in phone calls and emails after he was convicted in February.

There was emotional testimony from both sides in federal court in Fort Worth, about 15 miles from where the Angels were supposed to open a four-game series against the Texas Rangers on July 1, 2019, the day Skaggs was found dead in a suburban Dallas hotel room.

Kay was convicted on one count each of drug distribution resulting in death and drug conspiracy. Means recommended Kay serve his time in his home state of California. He has been in prison in Fort Worth since the conviction.

A coroner’s report said Skaggs, 27, had choked to death on his vomit and that a toxic mix of alcohol, fentanyl and oxycodone was in his system.

The trial included testimony from five major league players who said they received oxycodone pills from Kay at various times from 2017-19, the years Kay was accused of obtaining pills and giving them to players at Angel Stadium. Kay also used drugs himself, according to testimony and court documents.

After revealing the sentence, Means said he dreaded this day from the beginning of the case because the 20-year minimum could be considered too harsh for the crime.

Means said he added two years because of Kay’s comments to his family in jailhouse conversations after the conviction. 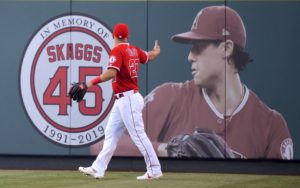 FILE – Los Angeles Angels center fielder Mike Trout gestures toward a photo of Tyler Skaggs in center field prior to a baseball game against the Detroit Tigers in Anaheim, Calif., on July 29, 2019. Former Los Angeles Angels employee Eric Kay was sentenced to 22 years in federal prison on Tuesday, Oct. 11, 2022, for providing Angels pitcher Tyler Skaggs the drugs that led to his overdose death in Texas. (AP Photo/Mark J. Terrill, File)

The judge interrupted Kay to quote the former public relations employee as saying in one of those exchanges, “I’m here because of Tyler Skaggs. Well, he’s dead. So (expletive) him.”

“That’s disgusting,” Kay responded. “I don’t know why I said that. I was mad at the world.”

Means appeared skeptical, even saying at one point after delivering the sentence that he would probably become a target of Kay’s anger.

The judge said Kay displayed “a callousness and refusal to accept responsibility and even be remorseful for something that you caused.”

“Tyler Skaggs wasn’t a perfect person,” the judge said. “But he paid the ultimate price for it.”

Kay sobbed while one of his three sons spoke to the judge from the lectern in a plea for leniency. Carli Skaggs, the widow, fought back tears much the same way she did when she testified during the trial.

Defense attorney Cody Cofer, who took over after Kay’s two trial lawyers were removed, sought a motion that would have allowed Means to consider a sentence below the 20-year minimum. It was denied.

“We are very grateful to everyone who worked so hard to investigate and prosecute Eric Kay,” the Skaggs family said in a statement. “Today’s sentencing isn’t about the number of years the defendant received. The real issue in this case is holding accountable the people who are distributing the deadly drug fentanyl.”

Kay served as the team’s public relations contact on many road trips, and the trip to Texas was his first since returning from rehab. Kay was placed on leave shortly after Skaggs’ death and never returned to the team. He didn’t testify during his trial.

The government argued at trial that Kay was the only one who could have given Skaggs the drugs that led to his death, that the delivery was in Texas and that fentanyl was the cause of death. Prosecutors say Kay gave Skaggs counterfeit oxycodone pills that contained fentanyl. 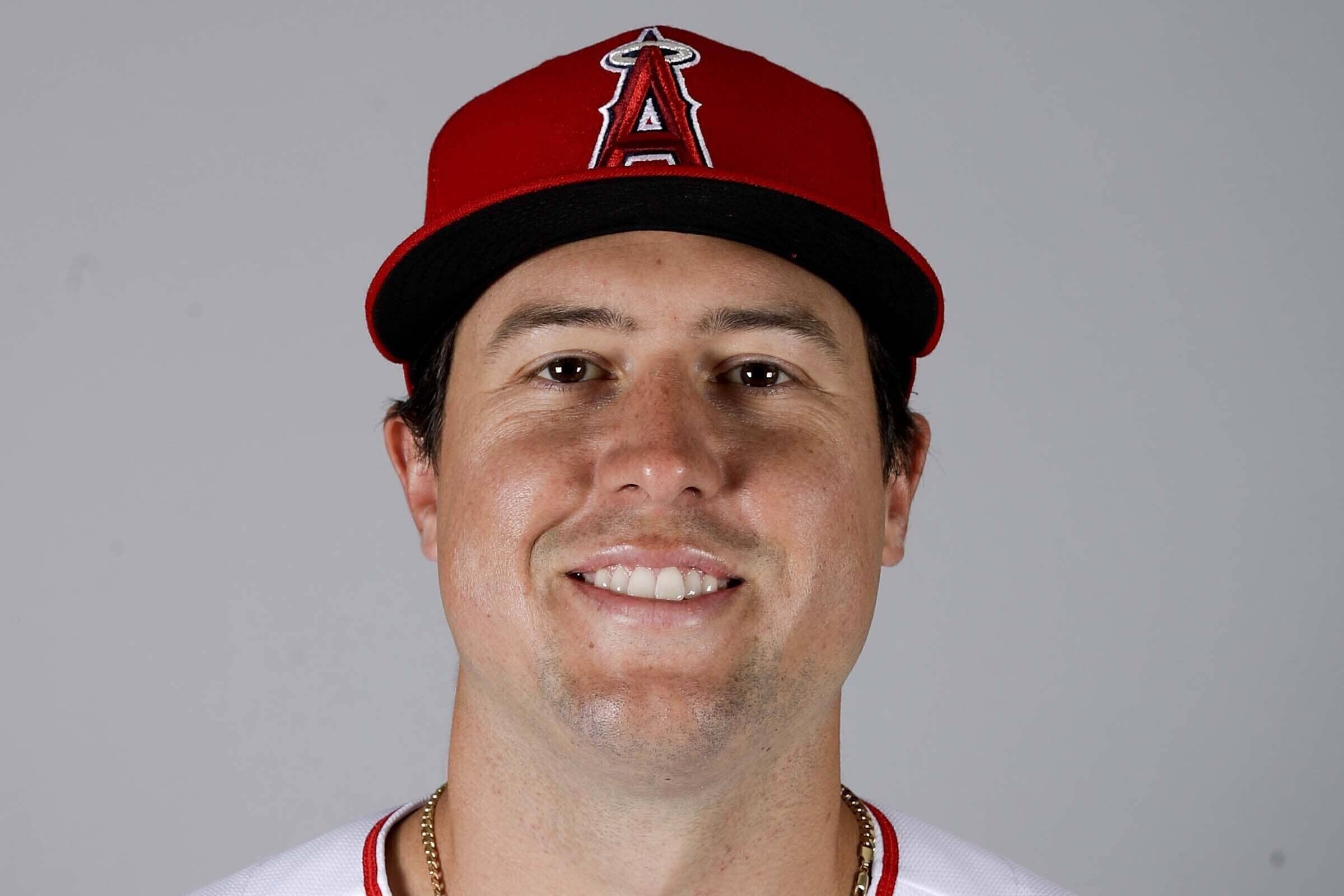