MOUNT CLEMENS, Mich. (AP) — A former troop leader was sentenced to 12 to 20 years in prison Wednesday after pleading guilty to two counts of criminal sexual conduct stemming from Michigan’s review of child sexual abuse lawsuits against the Boy Scouts of America.

Mark Chapman, 51, of New York was accused of sexually assaulting two boys at the time he was a scoutmaster in the Detroit suburb of Roseville, where he also worked in and attended The Church of Jesus Christ of Latter-day Saints. 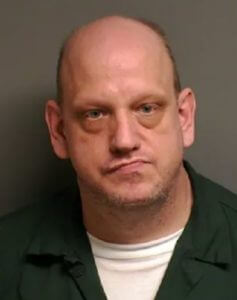 Chapman received sentences of 12 to 20 years and 10 to 15 years to be served concurrently.

“Today’s sentencing sends a clear message that those who prey upon children will be punished,” Michigan Attorney Geneneral Dana Nessel said in a statement. “As our review of allegations made against adults in the Boy Scouts of America continues, I encourage those with information to come forward and share their story.”

Starting in 2000, one victim was abused at the church — where the troop sometimes met — and other places from the time he was 13 or 14 until he was 17, according to Michigan Attorney General Dana Nessel.

The second victim was assaulted for years beginning when he was about 11.

The Michigan charges were announced March 9, before Chapman’s parole from a New York prison where he served more than nine years for child abuse convictions there. A victim in New York also is one of the alleged victims in Michigan.

The attorney general’s office and the Michigan State Police last year launched a joint review of what now are 5,000 civil claims forwarded by the Boy Scouts. A completed review of 550 claims resulted in roughly 60 inquiries being sent to state police for further investigation.

The Boy Scouts in February reached a tentative settlement with a bankruptcy committee representing more than 80,000 men who say they were molested as children by Scout leaders and others. All told, the compensation fund would total more than $2.6 billion, which would be the largest aggregate sex abuse settlement in U.S. history.