LAS VEGAS (Court TV) — A former Playboy model accused of killing a California psychiatrist was sentenced to 25 years in prison.

In Nov., Kelsey Turner entered an Alford plea on a second-degree murder charge in the death of Dr. Thomas Burchard. The former Maxim and Playboy Italia model has been in custody since 2019.

An Alford plea means the defendant “registers formal admission of guilt towards charges in criminal court, while simultaneously expresses their innocence toward those same charges,” defines Cornell Law School. 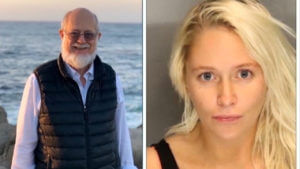 Turner and her boyfriend, Jon Logan Kennison, were accused of fatally beating 71-year-old Dr. Thomas Burchard. Police reports show Turner and Burchard knew each other for about two years, and he had been helping pay her bills for much of that time.

Investigators say Turner and Kennison beat Burchard to death with a baseball bat after the doctor said he would no longer pay for her lifestyle and wanted to end their relationship.

In July 2022, Kennison pleaded guilty and was given a sentence of 18 to 45 years in prison.

KTNV in Las Vegas contributed to this report, an E.W. Scripps Company.