HONOLULU (AP) — Advocates for a former U.S. soldier convicted of the attempted rape and murder of an Army officer’s son 37 years ago are asking a federal judge to order DNA testing to discredit what they say is weak evidence presented at a court-martial that sent him to prison for life. 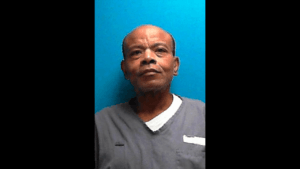 The Hawaii Innocence Project filed a motion Friday seeking DNA testing of a bite mark and a hair that the military said tied Clifford Hubbard, who was originally from Texas, to the 1982 attempted sodomy and bare-handed suffocation of 14-year-old Derek Kusumoto at Schofield Barracks, a Hawaii base.

Investigators collected various pieces of physical evidence from the crime scene, including the boy’s socks and a shirt cut from his body, that could be tested, the motion said.

Hubbard’s conviction didn’t only rely on weak physical evidence, said Kenneth Lawson, co-director of the Hawaii Innocence Project. The military’s key witness in the case also changed his statement six times, and then went AWOL before the trial started and was later found dead in an Ohio prison. The military judge allowed the statements to be read at trial even though the soldier, Joseph Courtney, wasn’t around to testify.

In their motion seeking DNA testing that was not available in the 1980s, lawyers say there’s no direct evidence linking Hubbard to the death of Lt. Col. Howard Kusumoto’s adopted son, whose bruised and partially nude body was found in a bunker at the base outside Honolulu.

“There’s no doubt there was a rush to judgment because it was a high ranking officer’s child that was killed,” Lawson said. “We don’t know who did it. The only thing we know is who didn’t do it.”

A spokeswoman for U.S. Army Hawaii referred The Associated Press to the Army Criminal Investigation Command in Virginia to comment on the motion. A spokesman didn’t immediately respond to messages left Friday, when it was already after-hours in Virginia.

Hubbard exhausted appeals all the way to the U.S. Supreme Court, losing mostly on technical issues, not the merits of his case, Lawson said. The project claims in the court filing that a judge may order DNA testing “if it may produce new material evidence that the applicant did not commit the offense.”

For years, Hubbard has implored the Innocence Project from his Florida prison cell.

Since he can’t afford writing paper, his letters are hand-written on brown bags, scraps of magazine pages and even toilet paper. In one of his brown-bag letters from 2017, Hubbard wrote about trading a cookie and a meat patty for five stamps.

The Innocence Project is also asking for a hearing to determine what evidence the military has preserved in the case, and to move Hubbard to a federal detention center in Honolulu so the lawyers and students at Hawaii’s only law school can communicate with him more easily.

Derek Kusumoto and his twin brother went to a bowling alley on the base on Feb. 5, 1982, according to the filing. Derek had left the bowling alley to get fresh air because his asthma, his brother told investigators at the time, according to court filing. The twins agreed to meet at home before their 9 p.m. curfew, but Derek never returned. His body was found the following evening.

A medical examiner determined a bare hand suffocated the teen and even though there was no trauma or injury typically found on rape victims, the doctor didn’t rule out sexual assault, the motion said.

A solider named Thomas Spindle found Derek’s body. Spindle was also convicted of the same crimes as Hubbard at a separate court-martial. An innocence project in New York is taking up Spindle’s case, Lawson said, because it would be a conflict of interest for the Hawaii group to represent both men.

Hubbard and Spindle were not friends and no one could testify they even knew each other, the motion said. The only evidence linking the two was the hair found in Hubbard’s basket, the motion said, but the microscopic hair analysis has since been discredited and the analyst lost his job as a forensic serologist after it was reported he falsified numerous test results.

“The government argued this hair demonstrating that Hubbard and Spindle socialized together, and thus, could have committed this crime together,” the motion said.

Testing the hair would show it doesn’t belong to Hubbard and would further undermine how it was used against Hubbard, Lawson said: “The whole hair analysis is just junk science.”

Courtney, the soldier who went AWOL, first spoke to investigators after Spindle said he was an alibi. Courtney gave inconsistent statements, initially saying he saw Spindle and Hubbard go into the bunker with flashlights and then heard screams from someone who sounded of “puberty age,” the motion said. In another statement, Courtney said he saw a small person playing on the grass with Spindle and Hubbard and that they pulled each other’s pants down. His story later changed to include that he, Hubbard and Spindle met Derek outside the Schofield Enlisted Men’s Club and invited the teen to smoke marijuana with them. Another statement included details about seeing Spindle put his hands over Derek’s mouth while Hubbard raped him, the motion said.

He later said he didn’t remember his prior statement and denied knowing whether Spindle or Hubbard entered the bunker, the motion said.

Courtney’s sister, Jennifer Brazil, said she was a child when military officials came to their Ohio home looking for him.

“They came to the house a couple of times looking for him,” said Brazil, now 49. “When my dad found him, they talked about it.”

She never learned what it was that father and son discussed. But whatever it was, the conversation upset their dad.

“My dad almost beat him to death and we never talked about it,” she said.

Her father died a few years after that and she lost touch with her brother, she said, and only found out later he died while incarcerated in 1992. He was imprisoned for drug charges, Lawson said.

Derek’s family couldn’t be reached for this story. Lawson said the innocence project contacted his twin about eight years ago but he didn’t want to discuss the case.

Hubbard’s parents are dead and his brothers have turned their backs on him, Lawson said. Hubbard’s relatives couldn’t be reached for comment.

“That’s not uncommon in cases like this when people are locked up for a long, long time. It’s not uncommon for families to pretend the person is just gone,” Lawson said. “Some families believe the person did it in order to adjust to them being in prison.”