Stage and screen star Anthony Rapp has sued Spacey, accusing him of assault, battery and intentionally inflecting emotional distress when Rapp was 14. The trial opened with jury selection Thursday in Manhattan. 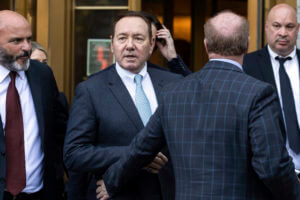 Actor Kevin Spacey leaves court following the day’s proceedings in a civil trial, Thursday, Oct 6, 2022, in New York, accusing him of sexually abusing a 14-year-old actor in the 1980s when he was 26. (AP Photo/Yuki Iwamura)

Here’s what to know about Spacey, Rapp, the lawsuit and the case so far.

WHAT ALLEGATIONS AGAINST KEVIN SPACEY ARE INVOLVED IN THIS LAWSUIT?

Rapp said he attended a party at Spacey’s Manhattan apartment in 1986, when he was 14 and acting in the Broadway play “Precious Sons.”

At the end of the night, an inebriated Spacey allegedly picked Rapp up, placed him on his bed and climbed on top of him. Rapp said the then-26-year-old Spacey held him down tightly, but he was able to get away and left the apartment.

“I was pinned underneath him. I didn’t know what to do,” he testified last week.

Rapp filed the lawsuit in 2020 and is seeking compensatory and punitive damages up to $40 million. He is due to continue his testimony Tuesday. 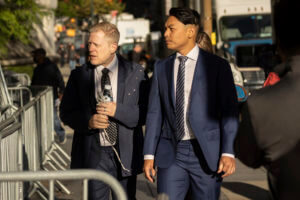 WHO IS ANTHONY RAPP?

Rapp is an actor who made his Broadway debut at 10. He later starred on Broadway in “Six Degrees of Separation,” “You’re A Good Man Charlie Brown” and had a breakout originating the role of Mark Cohen in the Tony- and Pulitzer Prize-winning musical “Rent.” His screen credits include “Adventures in Babysitting,” “Dazed and Confused” and currently the Paramount+ series “Star Trek: Discovery.”

He was the first man to publicly accuse Spacey of inappropriate sexual advances, in 2017.

WHAT DOES SPACEY SAY ABOUT RAPP’S ALLEGATIONS?

After the allegations were made in 2017, Spacey posted on Twitter that he didn’t remember the Rapp encounter.

“But if I did behave then as he describes, I owe him the sincerest apology for what would have been deeply inappropriate drunken behavior,” he said.

Spacey had never disclosed his sexuality before but said Rapp’s story encouraged him to come out as a gay man. Many observers thought it was an odd time for Spacey to address his sexuality or even saw his revelation as an attempt to deflect blame.

Spacey’s attorneys said in a legal filing that Rapp’s “allegations are, quite simply, false and never occurred.”

On Thursday, a Spacey lawyer suggested that Rapp filed the suit because he is angry about his own stalled career.

“He grew bitter about not getting parts as an openly gay man,” Jennifer L. Keller said. His team also proposed the allegations were the product of a young actor’s inability to tell the difference between real life and a scene he played on Broadway eight times a week.

WHAT OTHER LEGAL BATTLES DOES SPACEY FACE?

In the United Kingdom, Spacey faces charges of sexually assaulting three men a decade or more ago. He pleaded not guilty in July during a hearing at London’s Central Criminal Court. He is expected to go on trial there next year.

In a separate case, a Los Angeles judge ruled in August that Spacey and his production companies must pay the producers behind the Netflix series “House of Cards” close to $31 million because of losses incurred by his 2017 firing for what the streaming giant said was the sexual harassment of crew members.

WHAT ABOUT OTHER ALLEGATIONS AGAINST SPACEY?

Several people have accused Spacey, but the legal record is mixed. The late Scandinavian writer Ari Behn, once married into the Norwegian royal family, accused Spacey of groping him at a Nobel Peace Prize concert but apparently never pursued legal action. Spacey didn’t comment on the allegations.

The only U.S. criminal case brought thus far against Spacey ended with prosecutors in Massachusetts dropping indecent assault and battery charges after the accuser refused to testify about a missing cellphone the defense said was key to the case. The accuser, who said Spacey had groped him at a Nantucket bar, also dropped a lawsuit.

A massage therapist in Los Angeles had also sued, accusing Spacey of sexual assault, but the lawsuit was dropped after the accuser died, The New York Times reported.

Rapp had originally filed the lawsuit alongside an anonymous plaintiff known as C.D. who also accused Spacey of assaulting him when he was 14. C.D. was removed from the case after a judge ordered him to reveal his identity.

WHAT ARE SPACEY AND RAPP DOING NOW?

Spacey — who, after the allegations broke, was notoriously edited out of the already finished “All the Money in the World” and replaced by Christopher Plummer as J. Paul Getty — has recently reemerged from Hollywood exile with appearances in several films, including the thriller “Peter Five Eight,” the historical drama “1242 — Gateway To The West” and the Franco Nero-directed drama “The Man Who Drew God.”

Rapp is filming the fifth season of “Star Trek: Discovery,” had his film “Scrap” just released and has toured with his one-man show, “Anthony Rapp: Without You,” about grief, hope and triumph. He has spoken up on behalf of #MeToo victims. 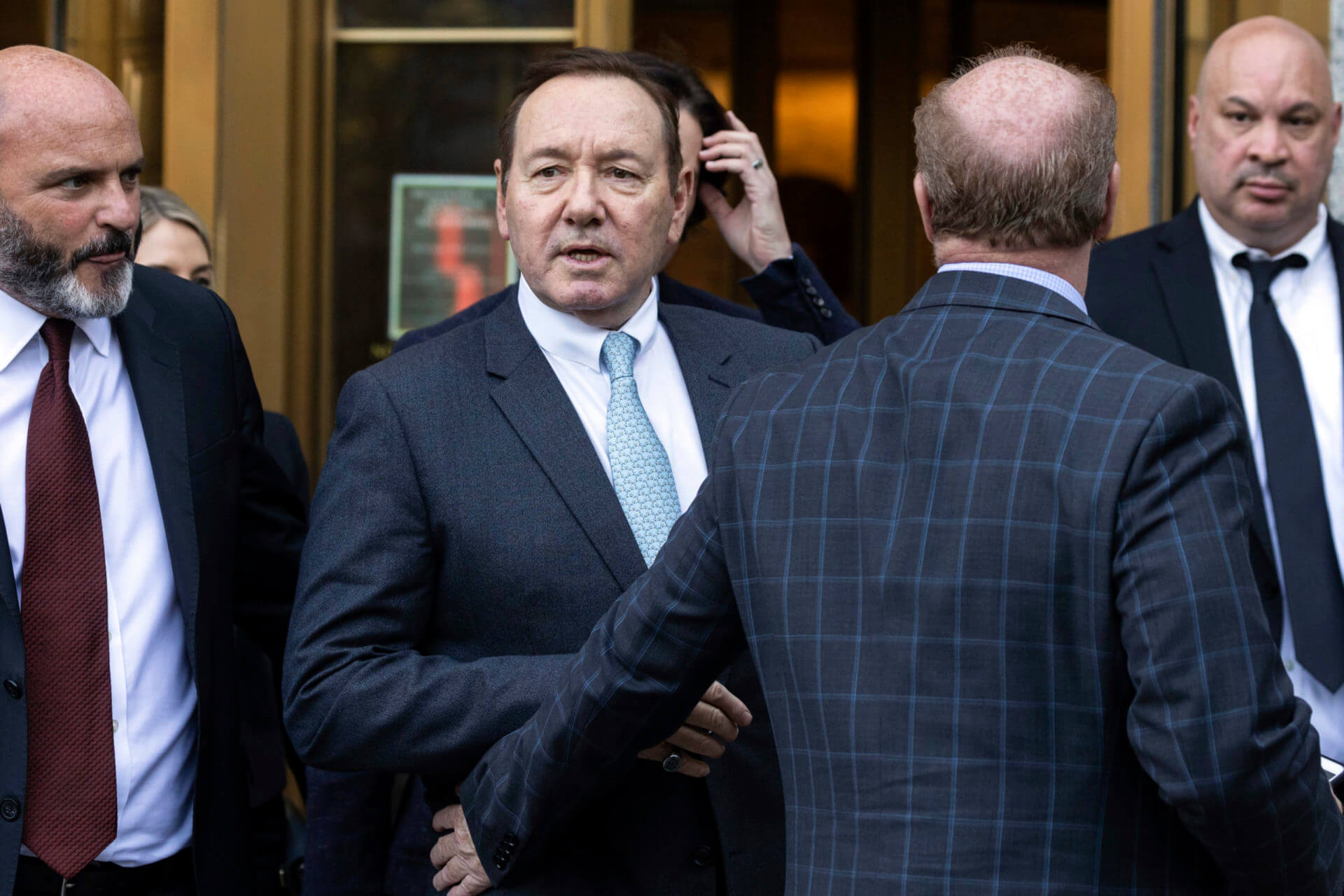 Actor Kevin Spacey leaves court following the day's proceedings in a civil trial, Thursday, Oct 6, 2022, in New York, accusing him of sexually abusing a 14-year-old actor in the 1980s when he was 26. (AP Photo/Yuki Iwamura)
MORE NEWS