The family of an American detained in Russia for nearly four years said Thursday that the Biden administration “made the right decision” by agreeing to a prisoner exchange that freed WNBA star Brittney Griner, but relatives are “devastated” that Paul Whelan remains behind.

Whelan, a Michigan corporate security executive, has been jailed since December 2018 on espionage charges that his family and the U.S. government have said are baseless. 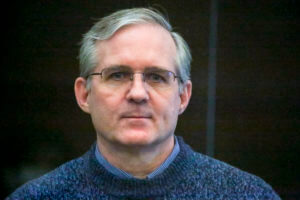 FILE – Paul Whelan, a former U.S. marine who was arrested for alleged spying, listens to the verdict in a courtroom at the Moscow City Court in Moscow, Russia, June 15, 2020. The family of Whelan, an American detained in Russia for nearly four years, said Thursday, Dec. 8, 2022, that the Biden administration “made the right decision” to agree to a prisoner exchange that freed WNBA star Brittney Griner but they are “devastated” that Whelan remains behind. (Sofia Sandurskaya, Moscow News Agency photo via AP, File)

“As the family member of a Russian hostage, I can literally only imagine the joy she will have, being reunited with her loved ones, and in time for the holidays,” David Whelan, Paul’s brother, said in a statement. “There is no greater success than for a wrongful detainee to be freed and for them to go home.”

David Whelan said the family was warned in advance of Griner’s release, a decision he said softened the blow of knowing his brother would stay jailed in Russia. Pressure to include Paul Whelan in any trade for Griner increased after an April trade for Marine veteran Trevor Reed did not include him.

But, David Whelan said, the Biden administration “made the right decision to bring Ms. Griner home, and to make the deal that was possible, rather than waiting for one that wasn’t going to happen.”

Paul Whelan, 52, told CNN on Thursday that he is “greatly disappointed that more has not been done” to secure his release.

“I would say that if a message could go to President Biden, that this is a precarious situation that needs to be resolved quickly,” Paul Whelan said in a phone interview. “My bags are packed. I’m ready to go home. I just need an airplane to come and get me.”

As he announced the deal for Griner’s release, Biden pledged that Paul Whelan would not be forgotten. 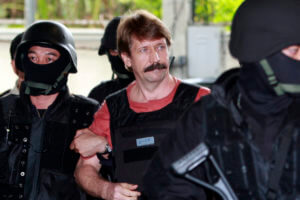 “Sadly, for totally illegitimate reasons, Russia is treating Paul’s case differently than Brittney’s,” Biden said. “And while we have not yet succeeded at securing Paul’s release, we are not giving up. We will never give up.”

Speaking later at the State Department, Secretary of State Antony Blinken said Russia “continues to insist on sham charges of espionage” against Whelan.

“This was not a choice of which American to bring home: The choice was one or none,” Blinken said. “And I wholeheartedly wish that we could have brought Paul home today on the same plane as Brittney.”

Numerous Republican lawmakers criticized the deal for leaving Whelan in Russia, including Michigan Rep. Tim Walberg, who said he was heartbroken for his family.

“They deserve better,” Walberg said in a statement.

The Whelan family, including Paul Whelan’s parents, who are in their 80s, fears for his health and ability to carry on, David Whelan added.

“How do you continue to survive, day after day, when you know that your government has failed twice to free you from a foreign prison?” David Whelan said. “I can’t imagine he retains any hope that a government will negotiate his freedom at this point. It’s clear that the U.S. government has no concessions that the Russian government will take … And so Paul will remain a prisoner until that changes.”