JUPITER, Fla. (WPTV) — A Florida family whose lives were shaken by a double shooting a decade ago is still seeking answers.

Wednesday marks 10 years since Teddy Donohue and Samantha McKenna were found dead in a parked car. Both Donohue and McKenna had been shot several times.

The Palm Beach County Sheriff’s Office said the case is still open, but there are no suspects or new information.

Robertha Donohue said not a day goes by that she doesn’t think about her son, and she wants answers.

“If anyone knows they need to come forward,” Robertha Donohue said. “The bodies were badly mangled to tell how old — they couldn’t even tell how old they were. That’s how bad they left them.” 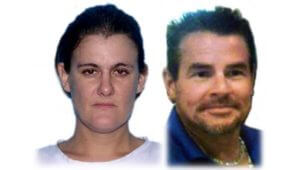 She said the last 10 years have been difficult for and her son’s six children. She said she knows she can’t bring him back, but she does want justice.

“I’ve had to do this myself, go to them, talk to them, call them, do all that, because nothing’s happening, and I don’t know why I can’t get satisfaction for my son and grandchildren,” she said.

The events leading up to the shooting are unclear, as is a motive. But Robertha Donohue believes justice could be served with the help of the community, and she’s asking anyone with information to come forward.

Crime Stoppers of Palm Beach County recently raised the reward for information from $1,000 to $3,000 as detectives work to solve the case.

This story was originally published April 13, 2022 by WPTV in West Palm Beach, an E.W. Scripps Company.