ORANGE COUNTY, Fla. (Court TV) — Defendant Danielle Redlick has been found not guilty of second-degree murder. She was, however, found guilty of tampering with evidence. Sentencing is set for August 5.

65-year-old Michael “Red” Redlick was found fatally stabbed in his Winter Park, Florida home in January 2019. His estranged wife and former stepdaughter, Danielle, waited 11 hours before calling 911 to seek medical attention. Danielle initially told the 911 operator that her husband had a heart attack.

Danielle, who was 45-years-old at the time, told detectives Michael started the argument the evening of January 11 by spitting a piece of a McDonald’s hamburger in her face and pushing her to the ground. Danielle said she grabbed a knife from a drawer and claimed Michael took the knife from her and made a stabbing motion at himself.

Michael lay dying in a pool of blood on the floor of his home throughout the night without receiving medical attention. 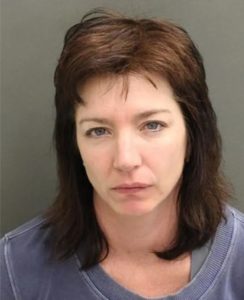 Danielle said she could not find her cell phone to call for help, and claimed she attempted CPR on her husband. She then went to sleep and awoke the following morning, saying she “didn’t know what to do,” and then tried to commit suicide by slitting her wrists. Danielle called 911 when she began bleeding.

Danielle told the 911 dispatcher that Michael “might” have had a heart attack and then during the same call changed her story, stating that Michael stabbed himself to death during an argument, taking a kitchen knife from her hand and stabbing himself in his shoulder.

The operator grew suspicious of Danielle’s story, asking why she didn’t call 911 at the time.

Danielle hesitantly replied, “Yeah, um, I’m on probation, and I was afraid, and I didn’t think anyone would believe me, and I was just trying to get him to wake up.” She went on to say she was “just exhausted.”

Officers with the Winter Park Police Department, located in suburban Orlando, arrived at the home just after 10 a.m. on Saturday, January 12. The couple’s roundabout brick driveway was covered with broken eggshells, which showed evidence that Michael’s car had been egged. Danielle was waiting for police outside the home, reportedly looking disheveled.

Police photos show Danielle with wounds to her wrist and blood on her neck and feet. She was taken to an Orlando-area hospital.

Once inside the home, police smelled a strong odor of bleach and discovered several bloody towels piled in a corner, including bloody footprints, and also found a bucket of “pink liquid” at the bottom of the stairs. It appeared as though someone had been cleaning, leaving circular streaks in the blood trail. They found Michael lying just past the foyer near a wall next to the living room. A serrated knife — which police believed to be the murder weapon — was found in the kitchen’s entryway.

Detective Pamela Woehr wrote in the arrest affidavit that a McDonald’s container with blood on the outside was found in the trash can. It appeared the burger and fries had been eaten. A receipt indicated a quarter pounder with fries had been purchased on Friday, January 11, 2019 at 9:43 p.m.

During an interview with the Florida Department of Children and Families, Danielle claimed she was in the kitchen eating a Quarter Pounder when Michael took the sandwich, took a bite out of it, and spit it back in her face. He then grabbed her arms and pushed her down onto the ground. Danielle said she tried to get up and hit her head against the top of the stove. The two began to struggle, and she grabbed a kitchen knife from the drawer.

Michael allegedly took the knife out of her hand and said, “What are you gonna do? Stab me?” He then made a motion as if he would stab himself.

According to the arrest affidavit, Danielle fled to the bathroom and shut the door. She said she could hear Michael on the other side of the door moaning and muttering.

Danielle told investigators that she waited until all was quiet before leaving the bathroom, saw a trail of blood leading from the bathroom to the living room, and found Michael looking disoriented, possibly dead. Danielle attempted CPR, but Michael vomited. She continued chest compressions until she “became exhausted and collapsed next to him.”

Police wrote in their report that Danielle remembered lying next to Michael, thinking, “What am I going to do?”

Phone records show Danielle spent two hours on a dating app before calling for help. She called 911 11 hours after the incident the night before, and right after she cut herself.

After a three-week investigation, police determined they had enough evidence to show that Michael’s wounds to his torso were not self-inflicted. In addition, the medical examiner’s report stated Michael had sustained a cut beneath his eye, a black and blue injury on the inside of his upper lip, and bruising on his arm consistent with self-defense. There were no traces of vomit found in Redlick’s body and no indication that Michael had suffered a heart attack.

A crime lab report stated Michael had a “clear mucus-like substance” on his blood-soaked jeans. Woehr noted the substance may have been from eggs thrown at Michael’s vehicle.

On February 7, 2019, Danielle was charged with murder and trying to conceal evidence.

Detectives learned that the couple had a tumultuous relationship, with constant fights about infidelity and dating apps. Police had been called to their home on at least two occasions because of their arguments.

Neighbors of the Redlicks told police that the couple had a “rocky relationship and fought often.” According to the affidavit, one of them told police that Michael described Danielle as “crazy” and had joked, “as long as I hide the steak knives, everything will be fine.” Michael joked again about hiding knives after moving back into his home after a failed divorce filing in December 2018.

Those same neighbors saw Michael move out of the family home several times, and according to Michael, he moved out so the children wouldn’t see them fighting.

The couple’s children, a 15-year-old girl and an 11-year-old boy, were not home at the time. They told a family service official that their mother was “usually the aggressor during the fight.” They felt the couple’s relationship improved until several days before Michael was killed. The boy told the officials he knew something was wrong when his parents didn’t show up for his baseball game.

A search of Michael’s computer yielded approximately 77 e-mail correspondences with his wife and other emails of interest. In one e-mail, Michael wrote to a friend, “My family is scheduled to move here in December during winter break unless Danielle kills or divorces my ass. Neither is beyond possibility,” a Florida Department of Law Enforcement report says.

During Redlick’s first court appearance, her then-private attorney, Charles Frederick, stated all evidence was circumstantial, and his client had acted in self-defense. Redlick was denied bond and barred from unsupervised contact with the children.

According to WFTV, Danielle and Michael’s relationship was complicated, but their backstory is even more complex: Michael was once Danielle’s stepfather.

Police believe Michael married Danielle’s mother, Kathleen Aquino, to help her get better health insurance. She was suffering from breast cancer at the time.

After Kathleen’s death, Michael reportedly fell in love with Danielle, who was 20 years his junior. Danielle and Michael were married for 17 years.

Charges against Danielle include second-degree murder and tampering with physical evidence. If convicted, she faces life in prison. 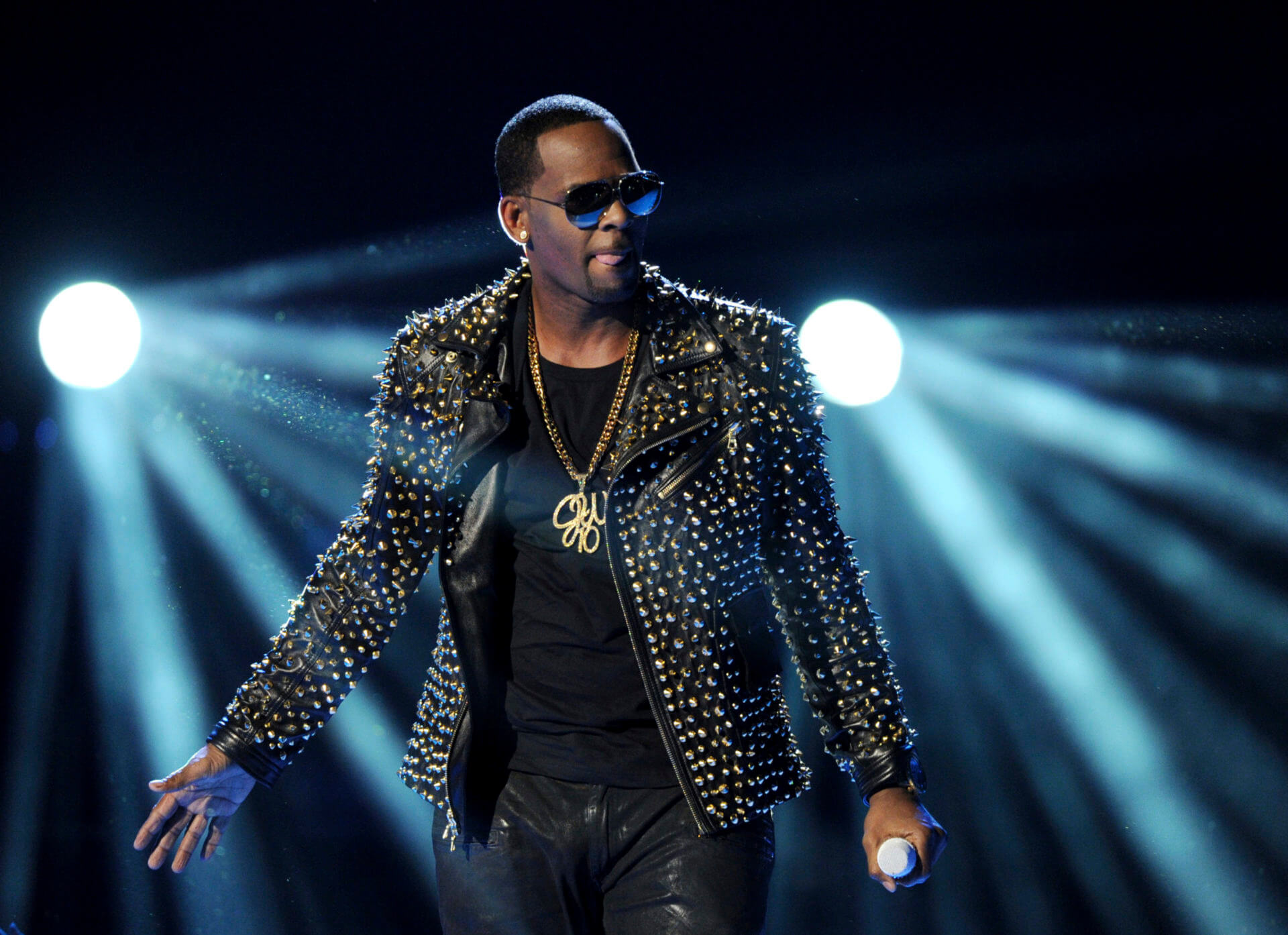 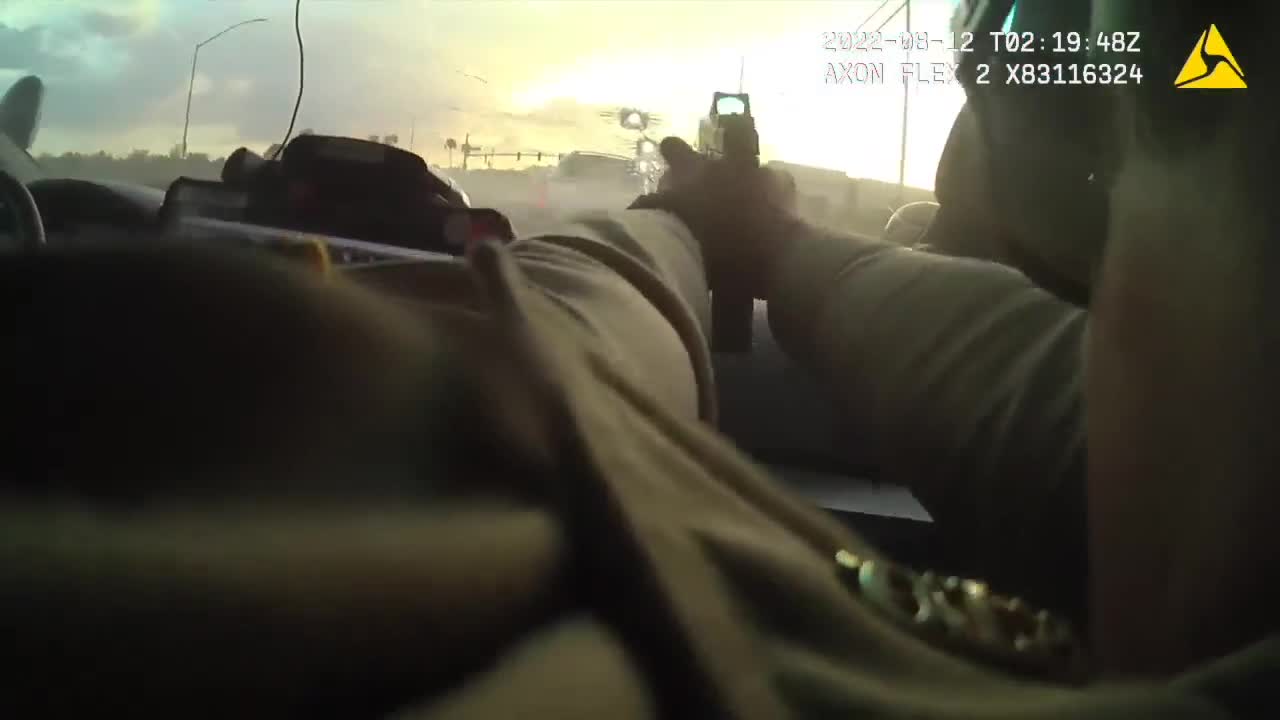 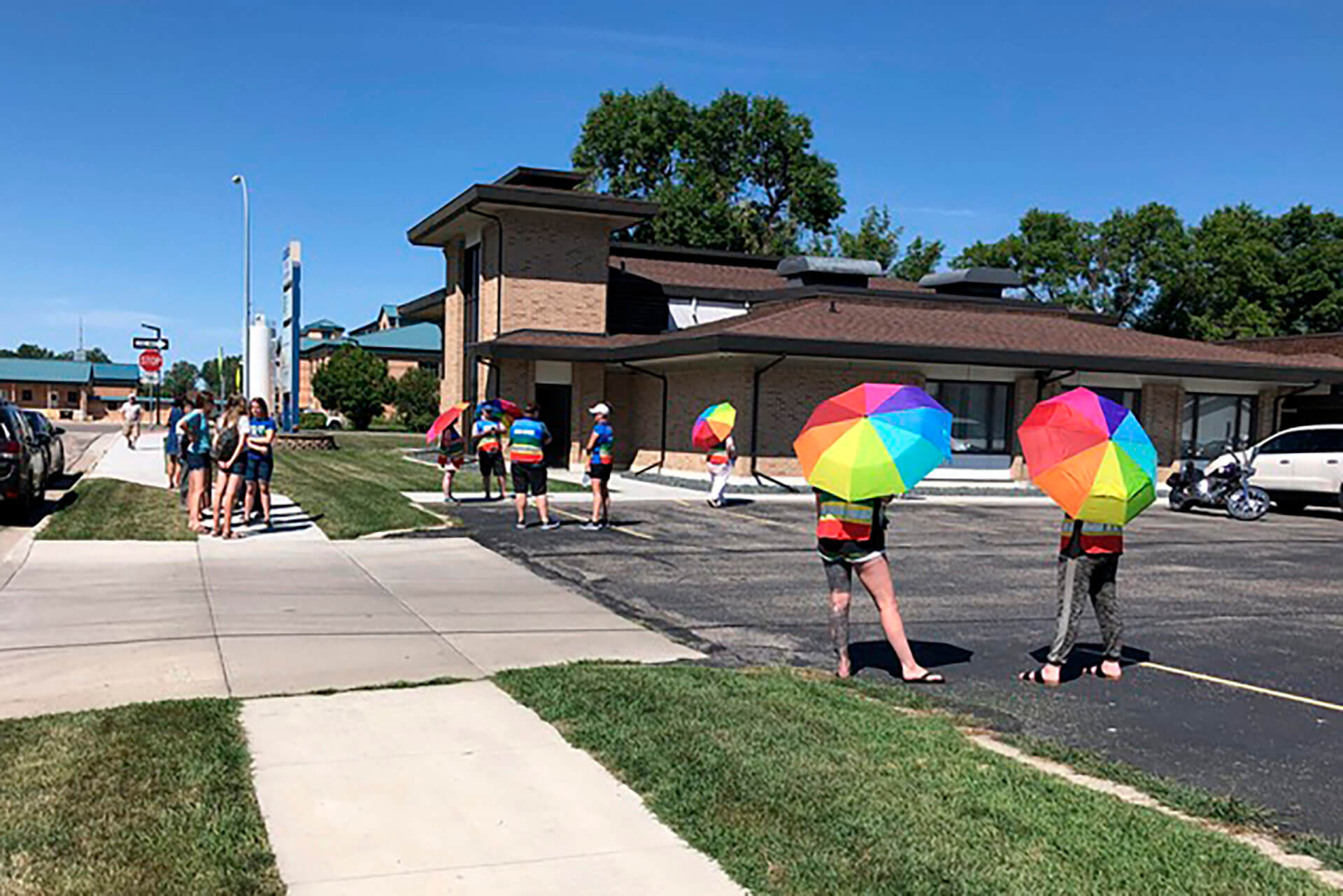