FORT LAUDERDALE, Fla. (AP) — A Florida dentist has been arrested on charges that he hired hit men eight years ago to kill his sister’s ex-husband, a prominent law professor, so she could move back to the Fort Lauderdale area from Tallahassee with her two children.

Charles Adelson, 45, was being held Thursday without bond at the Broward County jail on charges of first-degree murder, conspiracy to commit murder and solicitation to commit murder after being arrested Wednesday at his home by U.S. marshals. He is awaiting transfer to Tallahassee.

Adelson and other members of his family have long been cited by prosecutors and investigators as potential suspects in the July 18, 2014, killing of Florida State University law professor Daniel Markel at his Tallahassee home. Markel, 41, had been married to Wendi Adelson, who had been unable to return to South Florida because Markel had joint custody of their young children after a highly contentious divorce.

Markel was gunned down in his garage by two men, Sigfredo Garcia and Luis Rivera, who prosecutors say were hired through Katherine Magbanua, a former girlfriend and employee of Adelson and the mother of Garcia’s two children. 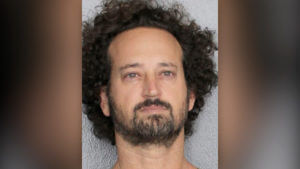 Leon County State Attorney Jack Campbell did not immediately return a call Thursday from The Associated Press. He told the Tallahassee Democrat that Charles Adelson was indicted by a grand jury after technicians were able to enhance the sound on a 2016 video recording made secretly of Adelson talking to his mother inside a noisy South Florida restaurant, La Dolce Vita. The family had been under surveillance by investigators trying to solve Markel’s killing. He did not say specifically what the recording says.

“That’s the new evidence,” Campbell told the newspaper. “We’ve been able to hear things from the Dolce video that we weren’t able to hear until this most recent enhancement. We’ve never stopped working it and we appreciate the efforts of all of our law enforcement partners.”

David Markus, Adelson’s attorney, said his client is innocent and tied the arrest to Magbanua’s retrial.

“Prosecutors have no new information that led to this arrest. The timing sure does stink, doesn’t it? On the eve of a long-awaited trial of (Magbanua), this move has the smell of desperation,” Markus said in an emailed statement. 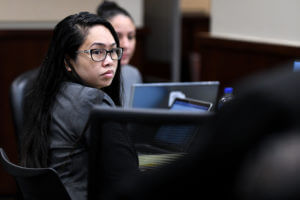 Prosecutors said at their trial that Magbanua enlisted Garcia to take part in a $100,000 hit financed by Markel’s in-laws, which they have denied.

Garcia then enlisted Rivera, a childhood friend, to help. Prosecutors said the two men drove from South Florida to Tallahassee to execute the plan, stalking Markel on the morning of the shooting as he dropped off his children at day care and stopped at the gym. When Markel returned home, Garcia shot him as he sat in his car talking on his cellphone.

Wendi Adelson had told authorities her brother joked about hiring a hit man as a divorce present but had decided instead to buy her a television.