NAPLES, Fla. (WFTX) — Dr. Eric Salata, the man accused by several Southwest Florida women of drugging and sexually assaulting them at his Naples practice, is dead.

Collier County officials confirmed the death Tuesday afternoon. Investigators say Salata was found with a gunshot wound to the head. 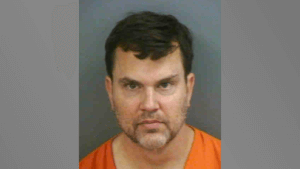 Autopsy results are pending, and officials say it does not seem foul play was involved.

Dr. Salata was arrested on November 21 following accusations from two women who accused him of drugging and sexually abusing them at the Pura Vida Medical Spa in Naples.

A third woman accused him of the same charges two days later.

“It is disappointing and frustrating that Dr. Salata has escaped justice.,” said Adam Horowitz, attorney for one of the victims, in a written statement to WFTX. “It took tremendous courage for my client to tell her truth. She was ready to hold him accountable in court.”

The website and social media accounts for Pura Vida, which was co-owned by Salata and his wife, have been taken offline.

This story was originally published Nov. 28 by WFTX in Fort Myers-Naples, an E.W. Scripps Company.