DELRAY BEACH, Fla. (AP) — A man who had long been considered a person of interest in the killing of a 21-year-old South Florida woman has been arrested after 38 years, officials said.

Ralph Williams, 59, was arrested Monday in Jacksonville and charged with the death of Carla Lowe, whose beaten body was found Nov. 13, 1983, on a roadside, Delray Beach police said Tuesday. 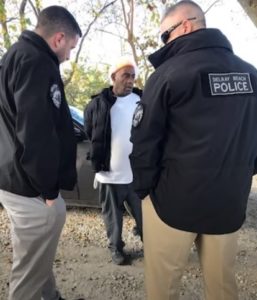 Lowe had last been seen waiting for a train at an Amtrak station in Delray Beach, the South Florida SunSentinel reported.

Detectives said they searched the area for hours but never found anyone who had seen or heard anything suspicious.

Williams’ criminal record shows more than 20 arrests across Florida, on charges that include burglary; resisting an officer with violence; robbery with a gun or deadly weapon; selling, manufacturing or delivery of heroin and marijuana; and possession of burglary tools.

An attorney for Williams was not listed on court records.

Lowe’s sister told the newspaper the family is “forever indebted” to Lt. Mark Woods and Detective Todd Clancy for bringing them some closure.

“I played this in my head a thousand times,” Jackie Lowe-Repass said. “I never thought this day would come. There’s a name now to who did this to my sister.”

Clancy said that through the years there was never enough evidence for probable cause to arrest Williams in connection to Carla Lowe’s death. But new technology from a company based in the United Kingdom later allowed them to identify Williams’ fingerprint on a piece of evidence at the scene, Sgt. Luis Skeberis said. He did not elaborate.