45-year-old Patrick Shane Penczak was arrested this week and charged with seven counts of crimes against children, including lewd and lascivious battery and using a computer to lure and seduce a child. 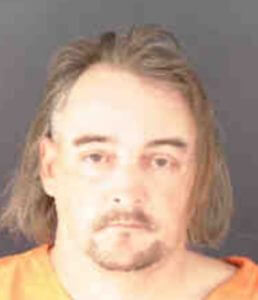 An incident report says that Penczak, using account profiles depicting him as a teenage girl, asked the victim to perform sexual acts on live web camera, then attempted to blackmail the boy via text message if he did not comply with a list of growing, “more egregious acts.” Police say the victim lives out-of-state.

North Port Police used its digital forensics team to track down Penczak’s location and arrest him.

“We take all crimes seriously in the City of North Port but especially those involving children,” said police chief Todd Garrison. “Those who commit these types of crimes prey on those who cannot fully protect themselves.”

NPPD is also working with the Department of Homeland Security Investigations nationally and out of Tampa, believing there are likely other victims.

Penczak is currently held in the Sarasota County Jail with no bond.

This story was originally published Jan. 27, 2022, by WFTX in Southwest Florida, an E.W. Scripps Company.