WEST PALM BEACH, Fla. — Corey Johnson will spend the rest of his life behind bars for fatally stabbing a 13-year-old boy during a 2018 sleepover in Palm Beach Gardens, Florida.

The 21-year-old was sentenced to life in prison Thursday after he was convicted of first-degree murder and two counts of attempted murder in November.

Johnson stabbed Jovanni Sierra to death at a home in BallenIsles Country Club on March 12, 2018. 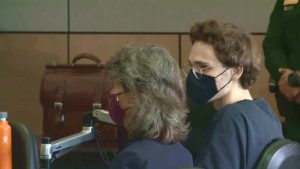 Palm Beach Gardens police said Johnson was a guest of Kyle Bancroft, 15, when he stabbed Sierra several times and slit his throat before attacking Bancroft’s 13-year-old brother, Dane Bancroft, and his mother, Elaine Simon, who lived at the home.

Dane Bancroft was stabbed 32 times, while Simon was stabbed a dozen times. Both survived the attack.

During Thursday’s sentencing hearing, Johnson apologized to the families of the victims, saying he “took the life of an innocent 13-year-old boy in the most heinous and cowardly way possible.”

“I wish I could take it back. I wish I could do something to make this right,” said Johnson. “But I do want to apologize, not because it will change anything, but because I really, truly am sorry.”

Johnson said Sierra “was so young and had so much potential” in life.

“I am truly in disbelief that I could have done something so terrible. That’s not who I am, and I’m not a violent person,” Johnson said.

Earlier in Thursday’s hearing, Sierra’s mother and grandmother addressed the court, reflecting on the young teen’s life and sending a message to Johnson.

“You committed a crime and now you have to pay for it,” Sierra’s grandmother told Johnson.

Johnson’s grandmother later took the stand and spoke about how Johnson’s mother suffered from depression and abused prescription medication. The grandmother testified that Johnson became a loner and would keep to himself at family gatherings.

“He was not hopeful at all and he spent a lot of time alone,” Johnson’s grandmother said.

Police said Johnson, who was 17 at the time of the killing, confessed to the crime, citing his Muslim faith as the motive. 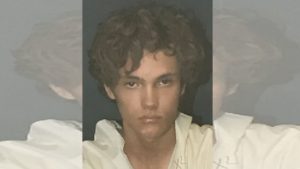 During the investigation, Johnson’s relatives told police he was fascinated with dictators like Adolf Hitler and Joseph Stalin and had recently been studying the Quran.

A Jupiter police report revealed that the FBI had met with one of Johnson’s friends as part of an investigation into terrorist threats.

According to an arrest affidavit, Johnson told police that Sierra was idolizing famous people and referencing them as gods, which went against his Muslim faith. Johnson also felt Dane Bancroft “made fun of” his Muslim faith, the affidavit said.

Just before the attack, Johnson was reading the Quran from his phone “to give him courage to carry out his intentions,” the affidavit said.

During Johnson’s trial, his defense team tried to convince jurors that Johnson was not guilty by reason of insanity.

Johnson was initially scheduled for sentencing earlier this week, but Judge Cheryl Caracuzo delayed it because Johnson was in quarantine. It’s unknown if Johnson tested positive for the coronavirus or if he was exposed.

This story was originally published Jan. 13, 2021, by WPTV in West Palm Beach, an E.W. Scripps Company.