FORT LAUDERDALE, Fla. (AP) — Jurors in the penalty trial of Florida school shooter Nikolas Cruz got their first view Monday of the AR-15-style rifle he used to murder 17 students and staff members four years ago at Parkland’s Marjory Stoneman Douglas High School, staring intently as it was carried to the front of the courtroom.

Lead prosecutor Mike Satz removed the black semi-automatic Smith & Wesson from a cardboard box and carried it to Broward sheriff’s Sgt. Gloria Crespo, who said it was found in a third-floor stairwell after the Feb. 14, 2018, massacre. Video seen by jurors previously showed Cruz placed it on the landing along with his backpack and the black shooter’s vest he had been wearing before fleeing the school. 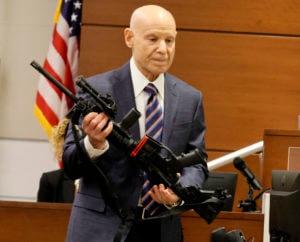 Assistant State Attorney Mike Satz, checks into evidence the weapon used in the MSD shooting during the penalty phase of shooter Nikolas Cruz at the Broward County Courthouse in Fort Lauderdale on Monday, July 25, 2022. Cruz previously plead guilty to all 17 counts of premeditated murder and 17 counts of attempted murder in the 2018 shootings. (Carline Jean/ Florida Sun Sentinel via AP, Pool)

The defense objected to the weapon’s introduction, saying without explanation that it lacked relevance and was unfairly prejudicial. The defense also objected to Satz placing the gun on the floor behind him in easy view of the jurors instead of placing it on an evidence table away from them. Circuit Judge Elizabeth Scherer rejected the objections.

David S. Weinstein, a Miami criminal defense attorney and former prosecutor who is not involved in the case, said the defense believes that since Cruz pleaded guilty, the gun and other evidence such as surveillance video and crime scene photos are no longer relevant and serve to inflame the jurors’ emotions.

Prosecutors have successfully argued that such evidence is necessary to prove the murders included at least one aggravating factor such as being committed in a cruel or heinous manner or during a crime that endangered the lives of many people.

Crespo also testified that Cruz, then 19, had five gun magazines remaining in the vest, containing 160 total bullets. He had fired more than 100 shots as he stalked the three-story building for seven minutes, firing down hallways and into classrooms. The former Stoneman Douglas student, who had been expelled a year earlier, wounded 17 in addition to the 14 students and three staff members.

The jurors also were shown photos Crespo took of the bodies of five students and a teacher who died on the third-floor, all shot at close range, and photos from three autopsies. Those were not shown to the gallery, where several parents and family members sat, but were later shown to reporters in private. As most mass shooters die during their attacks and aren’t brought to trial, it is rare that such photos are seen outside of law enforcement. 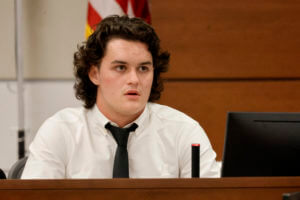 The crime scene photos show two girls and one boy lying dead next to each other in the hallway, a Valentine’s Day stuffed animal next to one girl’s head. One boy lying nearby was shot 12 times, including four times in the head. His autopsy photos showed gaping wounds to his skull and shoulder — one female juror wiped away tears as those were shown.

The parents of one boy and the wife of a staff member wept as the doctors discussed their family member’s autopsy. Members of other families grasped their hands and rubbed their shoulders, then hugged them when the session ended.

This showing came three days after jurors saw their first graphic crime scene and autopsy photos. The defense has also objected to the photographs being shown, saying they are unneeded and only meant to arouse the jurors’ anger.

Earlier Monday, the seven-man and five-woman jury and their 10 alternates heard from Uber driver Laura Zecchini, whom Cruz hired to drive him to the school. She said he appeared nervous during the 13-minute ride and was carrying a large black soft-sided carrying case. Cruz told Zecchini he was going to his music lesson.

Cruz pleaded guilty in October to 17 counts of first-degree murder, so the jury will only decide if he is sentenced to death or life without parole. 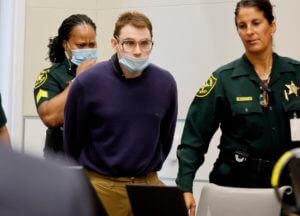 Marjory Stoneman Douglas High School shooter Nikolas Cruz is led into the courtroom during the penalty phase of his trial at the Broward County Courthouse in Fort Lauderdale, Fla., on Monday, July 25, 2022. Cruz previously plead guilty to all 17 counts of premeditated murder and 17 counts of attempted murder in the 2018 shootings. (Carline Jean/South Florida Sun-Sentinel via AP, Pool)

His is the deadliest mass shooting in U.S. history to reach trial. Nine U.S. gunmen besides Cruz who killed at least 17 people died during or immediately after their shootings, either by suicide or police gunfire. The suspect in a 10th, the 2019 slaying of 23 people at a Walmart in El Paso, Texas, is awaiting trial.

When jurors eventually get the case, probably in October or November, they will vote 17 times, once for each of the victims, on whether to recommend capital punishment.

For each death sentence, the jury must be unanimous or the sentence for that victim is life. The jurors are told that to vote for death, the prosecution’s aggravating circumstances for that victim must, in their judgment, “outweigh” the defense’s mitigators. A juror can also vote for life out of mercy for Cruz, now 23. During jury selection, the panelists said under oath that they are capable of voting for either sentence. 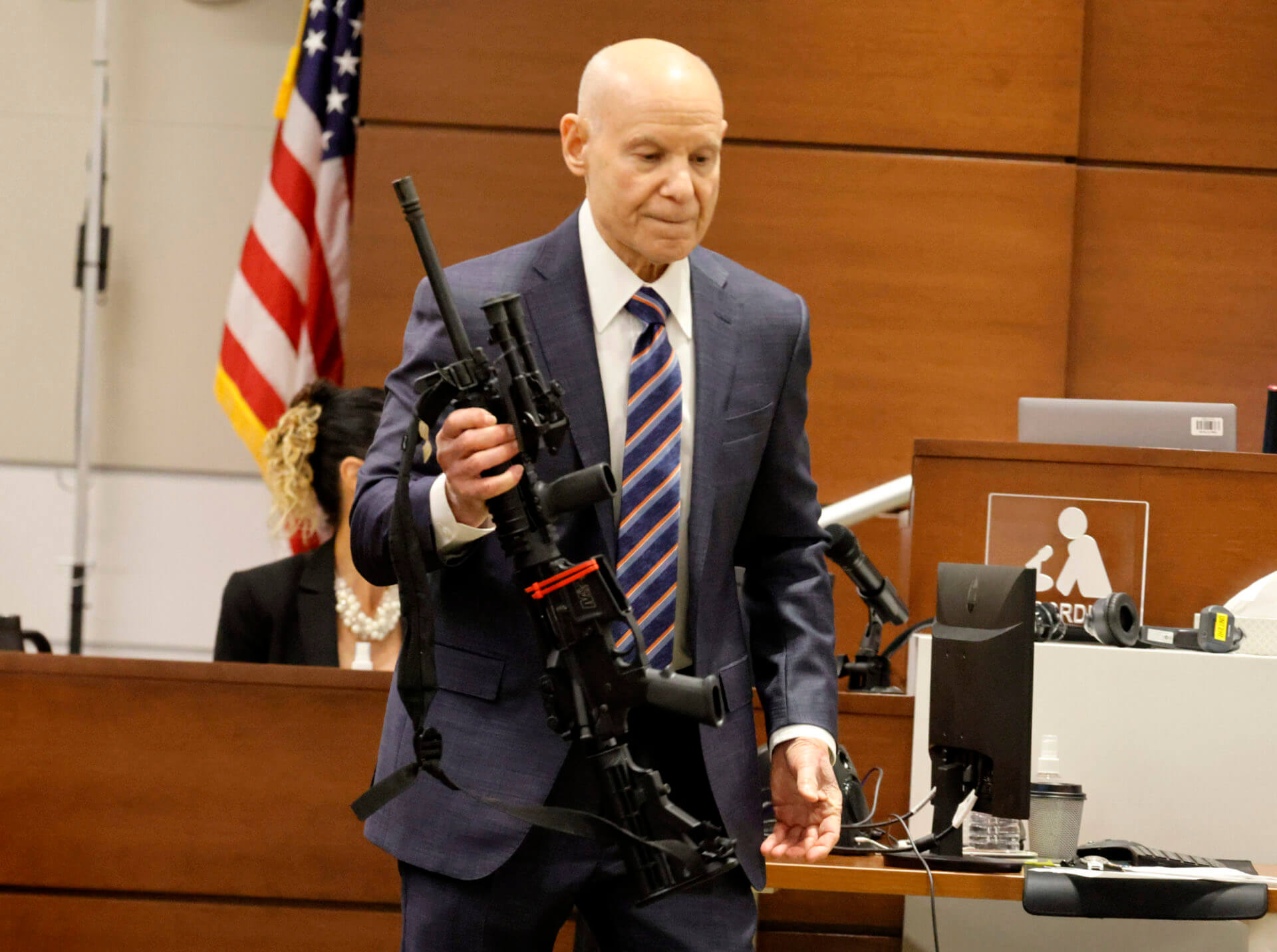