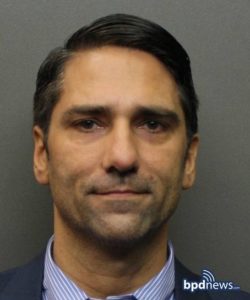 Gary Zerola, 49, of Salem, has been held without bail since a Jan. 15 arraignment in Boston Municipal Court.

Investigators allege that after attending a party with a 21-year-old woman, Mr. Zerola entered her Boston apartment just after 2 a.m. on Jan. 12 and sexually assaulted her while she was asleep and incapacitated by alcohol.

Zerola last month pleaded not guilty to rape and breaking and entering charges.

A lawyer for Zerola said they are prepared for the indictment.

“The entire indictment process is one sided. Having said that an indictment doesn’t make false allegations true,” Zerola’s attorney Joseph Krowski said in an email.

Zerola was already facing charges in the same court for the alleged rape of a different woman in 2016, and had posted $10,000 bail in that case, according to Rollins’ office.

Zerola worked as an assistant district attorney in Essex County for one year, and in Suffolk County for two months in 2000, according to Rollins’ office.