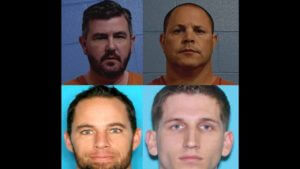 According to the indictment, Maund would sometimes travel to Nashville to visit a relative and in early February 2020, emailed a woman, later identified as Williams to see her during an upcoming visit.

After his visit to the city, Maund received text messages from Lanway who reportedly had a relationship with Williams and threatened to expose the relationship if Lanway did not receive the money he was demanding.

The indictment alleges that Maund enlisted the services of Peled, Brockway and Carey to “assist with dealing with the threats” and on March 5, 2020, he withdrew $15,000 from his bank account. Also on that same day, an “intelligence report” was prepared and provided to Peled.

After surveilling Williams, $8,000 in cash was allegedly deposited into a Speartip Security business account as well as $7,000 in cash to Peled’s personal bank account. 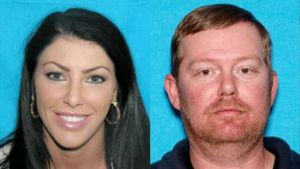 The following day on March 12, Maund allegedly transferred $150,000 to a bank account controlled by Peled.

The indictment alleges that on the same day, Brockway and Carey confronted Williams and Lanway in a parking lot and murdered Lanway by shooting him several times.

They then kidnapped Williams and reportedly drove her and Lanway to a construction site on Old Hickory Boulevard before murdering her.

Both bodies were discarded and within hours, the account they used to communicate was deleted and a rental car rented by Brockway was returned before all of the suspects reportedly fled to their respective locations.

It’s alleged that at some point between March 11, 2020, and the present, $750,000 was transferred by Maund to Peled, Brockway and Carey for the crimes.

All defendants were arrested on December 10, 2021 and remain in custody.

This story was originally published July 28 by WTVF in Nashville, an E.W. Scripps Company.