Sam Bankman-Fried may be ready to come to the U.S. to face criminal charges related to the collapse of cryptocurrency exchange FTX following a chaotic court appearance in the Bahamas. 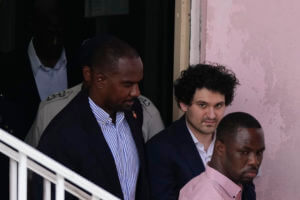 A lawyer for Bankman-Fried was quoted as saying Monday the disgraced FTX founder has agreed to be extradited to the United States. A court hearing was stopped earlier in the day when his attorneys said it was premature for him to stand before the court.

Jerone Roberts, a local defense attorney for Bankman-Fried, told The New York Times that lawyers will prepare the necessary documents for extradition. “Mr. Bankman-Fried wishes to put the customers right, and that is what has driven his decision,” the Times quoted Roberts telling reporters.

It was not immediately clear when extradition could occur.

The court appearance came just a week after Bankman-Fried’s lawyers had initially said that they planned to fight extradition. An extradition hearing had been scheduled for Feb. 8. The reversal could speed up the timetable for him to be sent to the U.S.

Bahamian authorities arrested Bankman-Fried last Monday at the request of the U.S. government. U.S. prosecutors allege he played a central role in the rapid collapse of FTX and hid its problems from the public and investors. The Securities and Exchange Commission said Bankman-Fried illegally used investors’ money to buy real estate on behalf of himself and his family. The 30-year-old could potentially spend the rest of his life in jail.

Bankman-Fried arrived at the courthouse in a black van marked Corrections, which was escorted by a SWAT vehicle and a police vehicle. Police quickly whisked him into an entrance at the back of the courthouse.

A handful of people who said they were either crypto enthusiasts or FTX customers came to the courthouse to witness the proceedings.

“We want him to feel the weight of what he’s done,” said Ben Armstrong, the founder of the BitBoy Crypto website. Armstrong said he’d come to the courthouse with a dozen people, some of whom had lost their money with FTX. 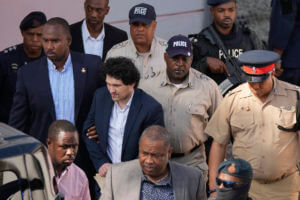 If he is brought to New York, Bankman-Fried will likely be held, at least temporarily, in a federal detention center in Brooklyn. Other famous prisoners at the Metropolitan Detention Center in recent years have included the sexually-abusive singer R. Kelly, the pharmaceutical company executive Martin Shkrelli and the socialite Ghislaine Maxwell, who was convicted of helping the millionaire Jeffrey Epstein sexually abuse children.

During her time at the MDC, which houses around 1,600 prisoners, Maxwell’s lawyers repeatedly complained to a judge that it was unsanitary, plagued by cockroaches and rodents. In recent years, three guards there have been convicted of sexually abusing inmates. In 2019, a power failure left inmates shivering for a week in the dead of winter.

Once he’s back in the U.S., Bankman-Fried’s attorney will be able to request that he be released on bail. A separate judge in the Bahamas denied Bankman-Fried’s request for bail last week on the grounds he was a flight risk.

Bankman-Fried’s downfall, from crypto evangelist to pariah, occurred with stunning speed. FTX filed for bankruptcy protection on Nov. 11 when it ran out of money after the cryptocurrency equivalent of a bank run. 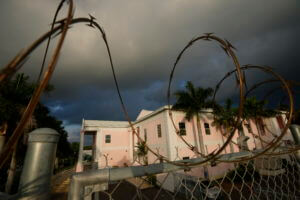 A fence topped with barbed wire surrounds the Magistrate Court building, where FTX founder Sam Bankman-Fried was expected to appear later in the morning for an extradition hearing, in Nassau, Bahamas, early on Monday, Dec. 19, 2022.(AP Photo/Rebecca Blackwell)

Before the bankruptcy, Bankman-Fried was considered by many in Washington and on Wall Street as a wunderkind of digital currencies, someone who could help take them mainstream, in part by working with policymakers to bring more oversight and trust to the industry.

Bankman-Fried had been worth tens of billions of dollars — at least on paper — and was able to attract celebrities like Tom Brady or former politicians like Tony Blair and Bill Clinton to his conferences at luxury resorts in the Bahamas. One prominent Silicon Valley firm, Sequoia Capital, invested hundreds of millions of dollars in FTX.

The new CEO of FTX, John Ray III, told a congressional committee on Tuesday that there was nothing sophisticated about what Bankman-Fried was up to.

“This is just old fashion embezzlement, taking money from others and using it for your own purposes,” he said. 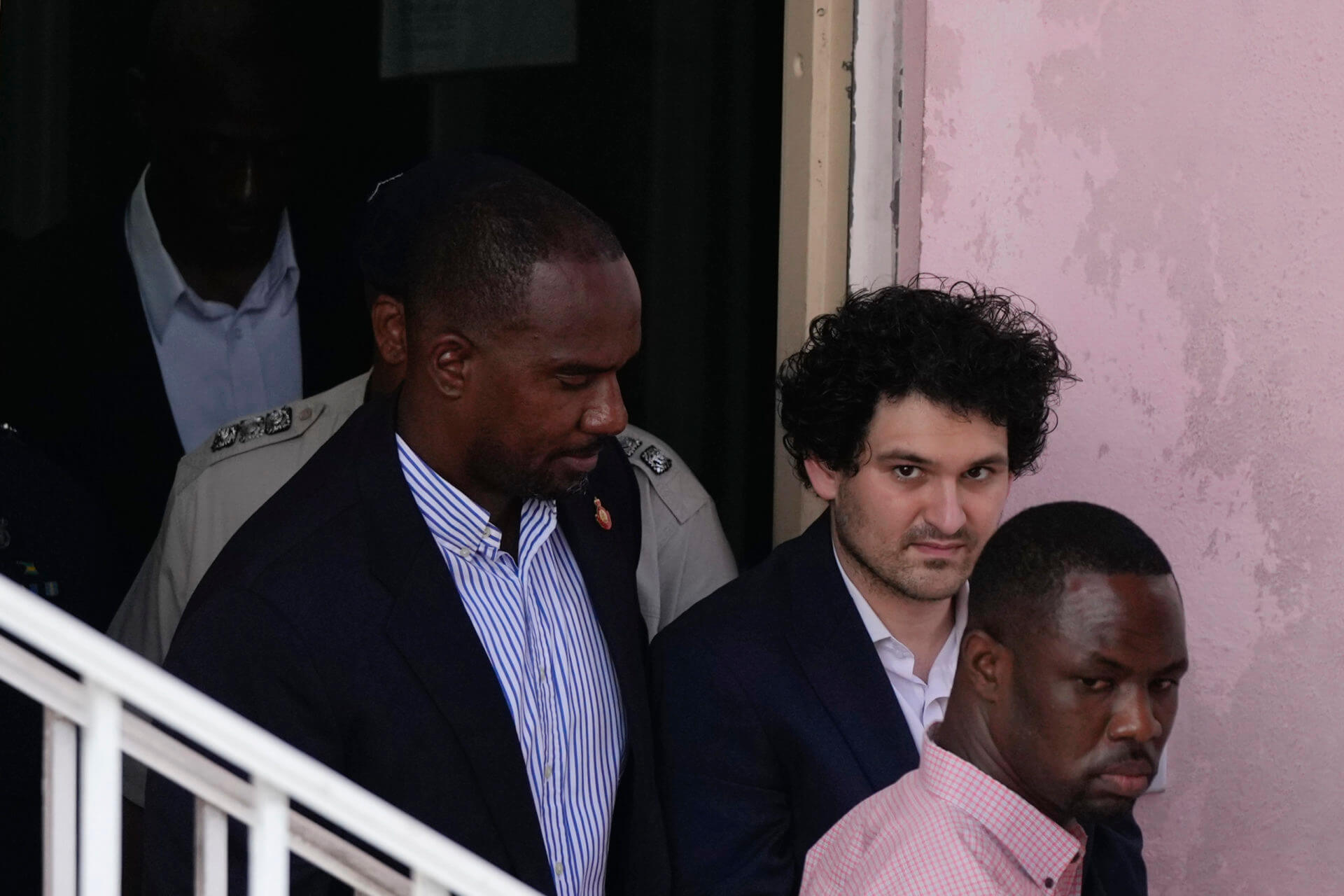