ORLANDO, Fla. (AP) — A former Florida tax collector whose arrest led to a federal probe into U.S. Rep. Matt Gaetz has been sentenced to 11 years in prison for sex trafficking of a minor and other offenses. 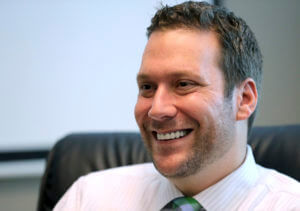 FILE – In this Sept. 30, 2019, file photo, Seminole County Tax Collector Joel Greenberg talks to the Orlando Sentinel during an interview at his office in Lake Mary, Fla. A former Florida tax collector whose arrest on sex trafficking and identity theft charges led to a probe of U.S. Rep. Matt Gaetz should not be granted a sentence that is less than federal guidelines in order to promote respect for the law and deter criminal behavior, federal prosecutors said in court papers. (Joe Burbank/Orlando Sentinel via AP, File)

He pleaded guilty to six federal crimes, including identity theft, stalking, wire fraud and conspiracy to bribe a public official. Prosecutors said he paid at least one girl to have sex with him and other men.

“Nothing justifies my actions. My conduct is so shameful. I feel remorse for what I’ve done,” Greenberg said Thursday before U.S. District Judge Gregory Presnell sentenced him in an Orlando courtroom.

Greenberg also directly apologized to the residents of Seminole County, his family and a schoolteacher he smeared when the educator decided to run against him.

Presnell said that in his 22 years as a federal judge, he had never experienced a case like Greenberg’s and “a defendant who has committed so many different types of crimes in such a short period of time.”

Greenberg’s attorney had asked for leniency, saying that his client had assisted in investigations of 24 people, including eight for sex crimes. Defense attorney Fritz Scheller said that Greenberg’s cooperation has led to four federal indictments, and that he believed additional ones were expected in the coming month.

Greenberg’s cooperation could play a role in an investigation into his friend Gaetz over whether he paid a 17-year-old girl for sex. Gaetz has denied the allegations and previously said they were part of an extortion plot. No charges have been brought against the Republican congressman, who represents a large part of the Florida Panhandle. 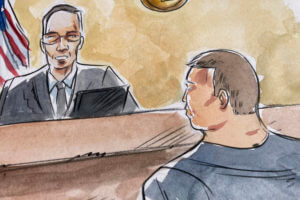 In this courtroom sketch, former tax collector Joel Greenberg appears before U.S. District Judge Gregory Presnell in federal court in Orlando, Fla., on Thursday, Dec. 1, 2022. Greenberg was sentenced to 11 years in prison for sex trafficking a minor and other crimes. His arrest two years ago led to a federal investigation of U.S. Rep. Matt Gaetz. (AP Photo/Neftali Melendez)

Greenberg has been linked to other Florida politicians and their associates. So far, none has been implicated in the sex trafficking investigation.

Scheller said he was shocked that Greenberg’s cooperation hadn’t yet resulted in more prosecutions and that Greenberg has been in communication with federal investigators in the past three months. When asked whether he thought others would be charged with sex crimes, the defense attorney said, “I do.”

“There should be, and I think part of my frustration is that I have a pretty good insight into the evidence in this case,” Scheller said.

Federal prosecutors had asked for a significant reduction in Greenberg’s prison sentence, agreeing during a court hearing Wednesday to a reduced range of nine years and three months to 11 years.

Scheller asked the judge to give Greenberg only a fraction of the range, arguing he was making amends and was no longer the same person who committed the crimes.

“Mr. Greenberg was using money and sex to get access to political circles,” Scheller said. “He came from a dark place, a lack of self-worth, and tried to ingratiate himself with a collection of people.”

The minor in the sex crimes case was almost an adult and had advertised as being over age 18 in her escort profile on the website “Seeking Arrangements,” which facilitates “sugar daddy” relationships, Scheller said.

Scheller also had asked the judge to take into consideration Greenberg’s struggles with mental illness, starting with an attention deficit disorder diagnosis at age 7 and panic attacks, depressive and anxiety disorders as an adult. At the time he committed the crimes, he had bipolar disorder with symptoms of mania, which affected his judgment and impulse control, Scheller said.

Some documents related to Greenberg’s cooperation were filed under seal and out of the public eye, with prosecutors and the defense attorney saying they were part of ongoing investigations being conducted by federal authorities in Florida and Washington, as well as state investigators.