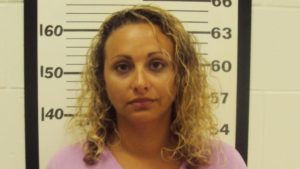 DOUGLAS, Ga. (AP) — A Georgia woman convicted of killing her boyfriend’s 2-year-old daughter has been sentenced to life in prison without parole.

News outlets report police responded in March 2018 to the home Coleman shared with her boyfriend near Douglas, where Coleman said she found Brooklyn Aldridge dead.

She told police she put the baby, who didn’t appear to feel well, down for a nap. Authorities didn’t note any external injuries on the child.

The outlet says Coleman later admitted to a witness she felt overwhelmed and had recently relapsed into drug use.