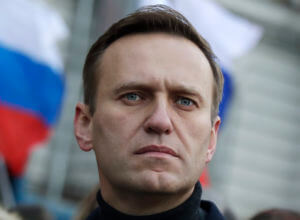 The findings — which experts say point strongly to Russian state involvement — are likely to increase tensions between Russia and the West. German Chancellor Angela Merkel called the poisoning on Navalny attempted murder and said it was meant to silence one of Russian President Vladimir Putin’s fiercest critics.

The Berlin hospital treating the dissident said he remains in a serious condition though he is improving. It said that it expects a long recovery, and it still can’t rule out long-term consequences from the poisoning.

The German government said that testing by a German military laboratory showed “proof without doubt of a chemical nerve agent from the Novichok group.”

“There are very serious questions now that only the Russian government can answer, and must answer,” Merkel said. “He was meant to be silenced, and I condemn this in the strongest possible manner.”

Navalny, a politician and corruption investigator who is one of Russian President Vladimir Putin’s fiercest critics, fell ill on a flight back to Moscow from Siberia on Aug 20 and was taken to a hospital in Omsk after the plane made an emergency landing. 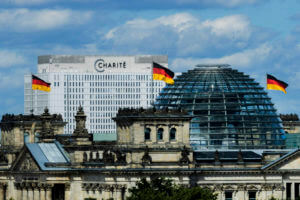 File – In this Tuesday, Aug.25, 2020 file photo, the bed skyscraper of the Berliner Charite hospital where Russian dissident Alexei Navalny is treating seen behind the Reichstag building in Berlin, Germany. (Christoph Soeder/dpa via AP)

British authorities identified Novichok as the poison used in 2018 on former Russian spy Sergei Skripal and his daughter in England.

German Foreign Minister Heiko Maas said the Russian ambassador was summoned to his ministry Wednesday and told in “unmistakable” terms of Germany’s call for the Navalny case to be investigated “in full and with full transparency.”

His British counterpart, Dominic Raab, said it was “absolutely unacceptable that this banned chemical weapon has been used again.” He added that “the Russian government has a clear case to answer” and “must tell the truth about what happened to Mr. Navalny.”

After the initial indications Navalny had been poisoned, multiple Western and European officials, including Merkel, U.K. Prime Minister Boris Johnson and U.S. Secretary of State Mike Pompeo, called on Russia to conduct an investigation.

Russian authorities on Wednesday remained tight-lipped and appeared reluctant to comment on the politician’s poisoning, with the Kremlin saying it hadn’t been informed of the latest findings yet and the Foreign Ministry adding that they are “still waiting” for the German authorities to respond a formal request for information the Russian prosecutor general’s office sent last week.

The German government said it would inform its partners in the European Union and NATO about the test results and would consult with them on a response. Germany also will contact the Organization for the Prohibition of Chemical Weapons.

“Russia itself should have a serious interest in good relations with its neighbors in Europe,” said Maas, the foreign minister. “Now at the very latest, it is the time to make a decisive contribution toward this.”

In an update shortly after the findings of the test results were announced, the Charite hospital said that Navalny is still in intensive care and remains on a ventilator. But it said that he “continues to improve.”

The hospital said that the chemical receptors in Navalny’s nerves, which were blocked by the poison, were gradually returning to normal function, resulting in an improvement in his condition.

“Recovery is likely to be lengthy,” it said in a statement. “It is still too early to gauge the long-term effects, which may arise in relation to this severe poisoning.”

Navalny’s allies in Russia have insisted he was deliberately poisoned by the country’s authorities, accusations that the Kremlin has rejected as “empty noise.”

“To poison Navalny with Novichok in 2020 would be exactly the same as leaving an autograph at a crime scene, like this one,” Navalny’s longtime ally and strategist Leonid Volkov said in a tweet that featured a photo of Putin’s name and a signature next to it.

The Russian doctors who treated Navalny in Siberia have repeatedly contested the German hospital’s poisoning conclusion, saying they had ruled out poisoning. 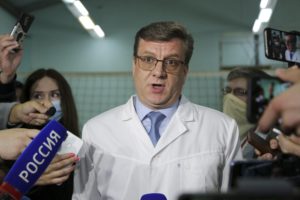 Novichok is a class of military-grade nerve agents developed by the Soviet Union at the end of the Cold War. Western weapons experts say it was only ever manufactured in Russia. After the Skripals were poisoned, Russia said the U.S., Britain and other Western countries acquired the expertise to make the nerve agent in the wake of the collapse of the Soviet Union, and that the Novichok used in that attack could have come from them.

“Unless you are working for the military, it is impossible to be accidentally exposed,” Richard Parsons, a senior lecturer in biochemical toxicology at King’s College London, said. “It is unavailable from anywhere except the Russian military as far as I am aware.”

Britain charged two Russians — alleged to be agents of the Russian military intelligence service GRU — in absentia with the 2018 attack that left the Skripals in critical condition and killed a British woman. Russia has refused to extradite the men to the U.K.

British police believe the nerve agent was smuggled to Britain in a counterfeit Nina Ricci perfume bottle and sprayed on the front door of Sergei Skripal’s house in the city of Salisbury in southwest England.

More than three months later, the bottle was found by 48-year-old Charlie Rowley. He was hospitalized and his girlfriend, Dawn Sturgess, 44, died after being exposed to the contents.

Associated Press writers Daria Litvinova in Moscow, Jill Lawless in London and Frank Jordans in Berlin contributed to this story. 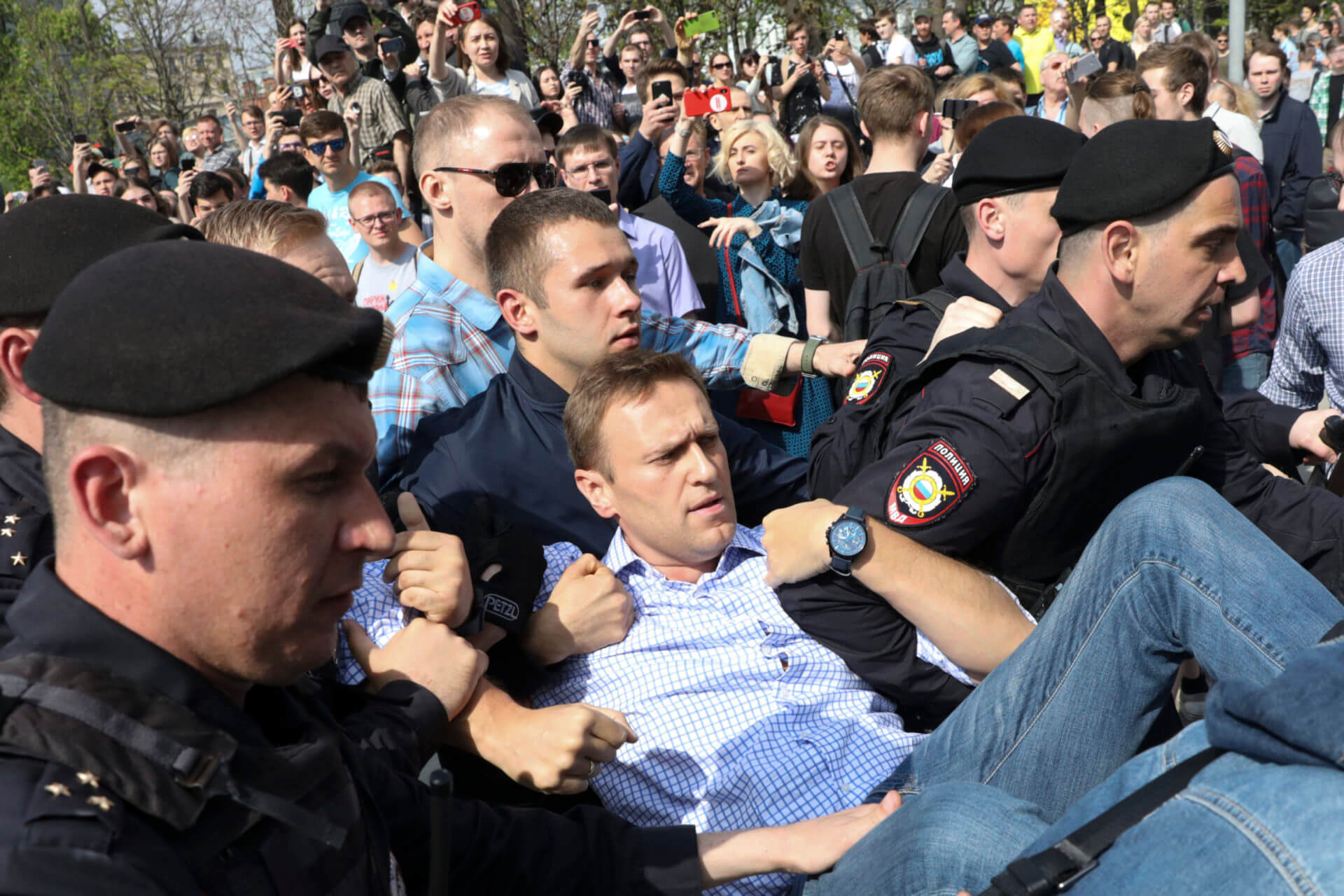 FILE - In this Saturday, May 5, 2018 file photo, Russian police carry opposition leader Alexei Navalny, center, from a demonstration against President Vladimir Putin in Pushkin Square in Moscow, Russia. German Chancellor Angela Merkel says Russian opposition leader Alexei Navalny was the victim of an "attempted murder by poisoning" and the aim was to silence him. Navalny was poisoned with the same type of Soviet-era nerve agent that British authorities identified in a 2018 attack on a former Russian spy, the German government said Wednesday, Sept. 2, 2020 citing new test results. (AP Photo/File)
MORE NEWS