JENSEN BEACH, Fla. (WPTV) — A Florida woman’s body was found inside the septic tank of her home, and her handyman has been arrested in connection with the crime, according to the Martin County Sheriff’s Office.

Detectives said a woman’s body was discovered early Saturday inside the septic tank. The body is believed to be that of Cynthia Cole, 57.

After hours of excavations, detectives found the body submerged in the septic tank, about 4 feet underground.

Keoki Demich, 34, was soon after arrested on a charge of second-degree murder. 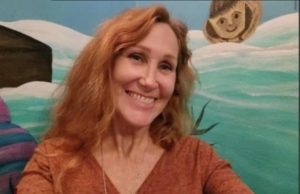 Cole had been reported missing last month after she had last been seen alive at the Jammin’ Jensen event in downtown Jensen Beach.

Although the body has yet to be positively identified, detectives said they have “every reason to believe it is that of Ms. Cole.”

Snyder said when detectives returned to Cole’s home, one of them “happened to look down and noticed the cover to the septic tank … didn’t look right.”

The sheriff said investigators secured surveillance video that showed the suspect walking away from Cole’s car on the night she disappeared.

“We have video evidence of him walking that night that he would have dropped the car off there, and he said he never was near the car and then ultimately said he was driving the car,” Snyder said. “So he really was a conglomerate of falsehoods.” 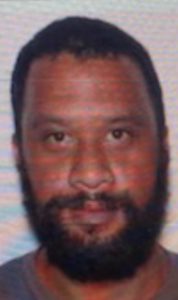 He said his investigators faced challenges that they’ve never encountered at any other crime scene before.

“It was probably as challenging a crime scene as I’ve seen,” Snyder said. “I’ve been doing this 40-plus years. I’ve never seen anything like it.”

Snyder said detectives had to balance safely recovering the body while also trying to preserve evidence.

“Our detectives, our forensic people, are nothing short of heroes,” he said. “We actually had to tie ropes around their waist as they went down in there and work right on the edge of that septic system. You know, had they lost their footing, and one did lose his footing, but had one of them gone into that, we would have really been in trouble.”

This story was originally published March 5 by WPTV in West Palm Beach, an E.W. Scripps Company.