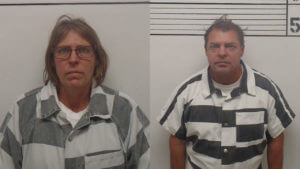 GRANGEVILLE, Idaho (AP) — Two sisters from north-central Idaho pleaded guilty to amended chargings in a murder-for-hire scheme after trying to hire an undercover deputy to kill their neighbor earlier this year.

The charges for 51-year-old Debra Wensman and 46-year-old Doris Wensman were amended from the original charges of criminal solicitation to commit a crime to assault with intent to commit a serious felony, the Lewiston Tribune reported.

The sisters confronted a man who was delivering fuel oil to their property and asked him to kill their neighbor in January, but the man refused and reported them to authorities, court records said.

Authorities then setup an undercover sting where the sisters were recorded talking about wanting their neighbor dead, who they claimed harassed them, documents said. The sisters then offered the undercover officer $5,000 and multiple guns and ammunition.

The Wensman sisters are scheduled for sentencing in May. The pair could face up to 10 years in prison.