IDAHO FALLS, Idaho (AP) — An Idaho Falls woman has been sentenced to up to 20 years in prison in connection with a kidnapping and torture case, a judge said. 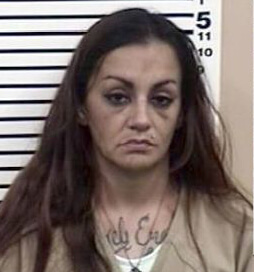 Martinez pleaded guilty to aggravated battery and a drug charge as part of a plea deal to drop charges of kidnapping and battery, EastIdahoNews.com reported. She is one of four defendants in the case. All have been charged in the case.

According to Idaho Falls police reports, officers were called to a home on June 22, 2020 after a woman asked a stranger to call 911, saying she had been held captive and tortured. The woman told investigators she met one of the defendants online and moved in with him before they later moved into another home where Martinez also lived.

Bonneville County Deputy Prosecutor called the case one of the “most egregious” he has seen.

In court documents, investigators said the woman was beaten, tied to a chair, burned with propane torches and set on fire with lighter fluid. Prosecutors said Martinez used a knife to carve the letter “N” into the woman’s face. The “N” stood for “Nana” — Martinez’ nickname — and prosecutors said she did it so the victim would remember her.

The other three defendants have pleaded not guilty and are awaiting trial.

Martinez’ defense attorney Jason Gustaves said another defendant was the ringleader of the crime and that Martinez was only acting under that defendant’s direction.

Martinez apologized during the hearing, saying she “messed up and let things get out of control.”

But Pickett noted that Martinez had an extensive criminal history.

“This is something that should never have happened … You chose to take a knife and carve somebody’s face up,” he said.