MADISON, Wis. (AP) — An Illinois teenager who fatally shot two people and wounded a third amidst sometimes violent summer protests on the streets of Kenosha, Wisconsin, pleaded not guilty on Tuesday to charges including intentional homicide.

Kyle Rittenhouse, 18, entered his plea in a brief hearing conducted by teleconference. 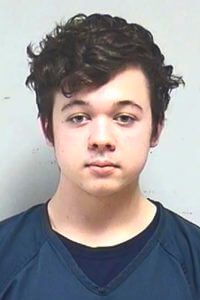 FILE – This Oct. 30, 2020 file photo provided by the Kenosha County Sheriff’s Department shows Kyle Rittenhouse in Kenosha, Wis. Rittenhouse, an Illinois teenager charged in the slayings of two people during street protests in Kenosha, Wis., following the shooting of a Black man was expected to enter a plea in the case Tuesday, Jan. 5, 2021. (Kenosha County Sheriff’s Department via AP File)

Prosecutors say Rittenhouse, who is white, left his home in Antioch, Illinois, and traveled to Kenosha after learning of a call to protect businesses in the wake of the Aug. 23 shooting by police of Jacob Blake. Blake, a Black man, was shot seven times in the back and left paralyzed.

Rittenhouse opened fire with an assault-style rifle during protests two nights later, killing Joseph Rosenbaum and Anthony Huber and wounding Gaige Grosskreutz. Rittenhouse has argued he fired in self-defense. Conservatives have rallied around Rittenhouse, describing him as a patriot who took up arms to protect people and property and raised enough money to make his $2 million cash bail.

Others see him as a domestic terrorist whose presence with a rifle incited protesters. Rittenhouse was 17 at the time of the shootings.

The Blake shooting happened three months after George Floyd died while being restrained by police officers in Minneapolis, which also was captured on bystander video and sparked outrage and protests that spread across the United States and beyond. The galvanized Black Lives Matter movement put a spotlight on inequitable policing and became a fault line in politics, with President Donald Trump criticizing protesters and aggressively pressing a law-and-order message that he sought to capitalize on in Wisconsin and other swing states.

In Kenosha, as the protests that followed damaged businesses in the city of 100,000 near the Wisconsin-Illinois border — authorities ultimately estimated some $50 million in damage — some people answered a call on social media to travel to Kenosha. That included Rittenhouse, of Antioch, Illinois, who is charged with shooting three people, killing two of them, with an assault-style weapon during one of the demonstrations. 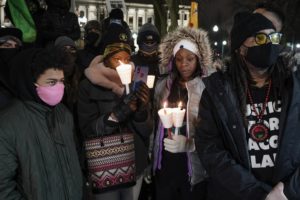 Conservatives have rallied to Rittenhouse’s legal defense, arguing that he was a patriot who took up arms to protect people and property. Others see him as a domestic terrorist whose presence with a rifle incited protesters. Rittenhouse, who is white, was 17 at the time of the shootings, and charges include illegal possession of a dangerous weapon by someone under age 18.

Kenosha County District Attorney Michael Graveley hasn’t publicly announced the timing of a decision on whether to charge Sheskey. But the city began moving in recent days to prepare for the event, with some businesses boarding their windows and concrete barricades and oversized metal fencing surrounding the Kenosha County Courthouse. Fearing a repeat of the August protests, the Kenosha Common Council on Monday night unanimously approved an emergency resolution that goes into effect with the announcement and allows the mayor to set curfews.

“Our members of the National Guard will be on hand to support local first responders, ensure Kenoshans are able to assemble safely and to protect critical infrastructure as necessary,” Evers said in a statement. 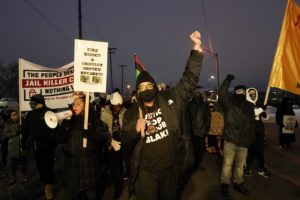 Blake’s father led a march through the city Monday evening, calling on people to “make noise” and be “heard around the world.”

“(Sheskey) tried to kill my son and could have killed my grandchildren,” Jacob Blake Sr. said during a news conference before the march. “He shot him seven times in his back unjustifiably.”

The family said it’s taken too long for a charging decision, and the precautions suggest that Sheskey won’t be charged.

“What is the National Guard for?” Jacob Blake Sr. said. “They going to deliver mail? Deliver ice cream? What do you think they’re here for?”

Tanya McLean, executive director of the community organization Leaders of Kenosha and a friend of the Blake family, said as Monday evening’s march was kicking off that violence isn’t acceptable.

“No matter what the decision is, we are seeking nonviolence,” she said. “We want everybody to come out, make as much noise as you want, but we don’t want any destruction of property or businesses. We are for nonviolence. Anything else is not acceptable for this community.” 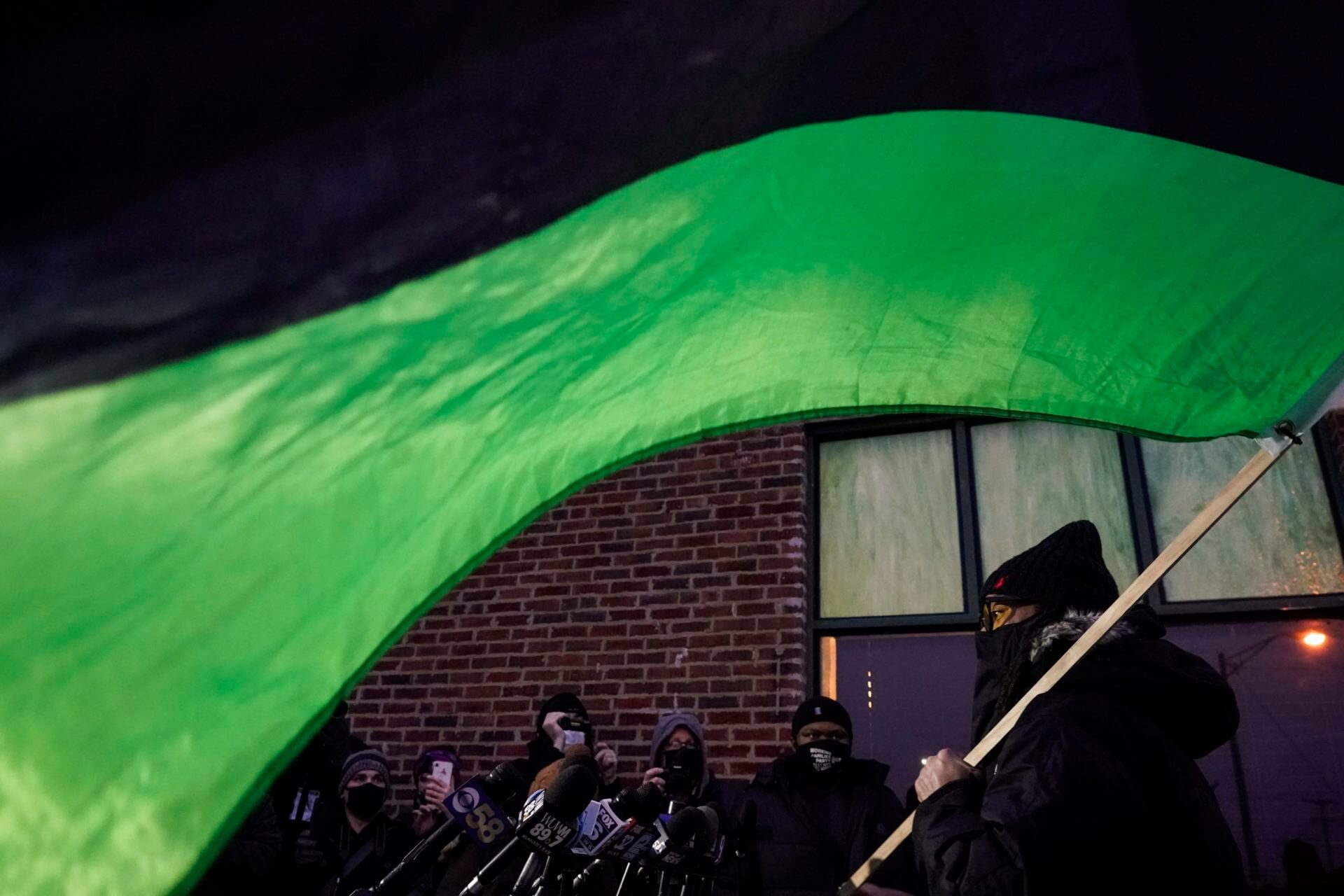