FORT LAUDERDALE, Fla. (AP) — The gunman who killed 17 at a Florida high school four years ago had no expectation of privacy when he posted disturbing photographs to a public Instagram account before his rampage and prosecutors can use them in his upcoming penalty trial, a judge ruled at a hearing Monday.

Nikolas Cruz wanted others to see photographs he posted without restrictions of himself with guns and the jurors who will decide whether to recommend the death penalty for the 2018 shooting at Marjory Stoneman Douglas High in Parkland can see them, Circuit Judge Elizabeth Scherer ruled. 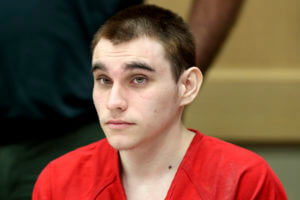 She rejected the argument of Nawal Bashimam, one of Cruz’s public defenders, who said Cruz was not required to make his Instagram account private to have a reasonable expectation of privacy.

“If you make your account public, how can you possibly have a reasonable expectation of privacy when the entire world can see it?” Scherer responded.

Cruz, 23, pleaded guilty in October to 17 murders and 17 attempted murders, but a jury will decide whether he is executed or receives a life sentence without parole. Jury selection is scheduled to begin Feb. 21 and all 12 jurors must agree for the former Stoneman Douglas student to receive a death sentence. The trial is expected to last at least two months.

Bashimam and Scherer got into a heated dispute during testimony by Broward County sheriff’s detective Michael Joo, an internet crimes investigator, over misstatements lead investigators made in search warrant applications. Joo and several other assisting detectives copied those errors into their own warrant applications. Joo successfully sought access to Cruz’s social media postings.

In those applications, investigators identified Cruz’s brother as a victim’s brother and misstated the date Cruz’s mother died. They also wrongly said a school security guard instantly recognized Cruz by name when he spotted him on campus just before the shooting and called a code red, an alert to lock down the school.

Scherer has previously ruled the errors were unintentional and had no affect on another judge’s decision to issue the warrants.

Prosecutors also demanded access to tests that defense psychologists gave Cruz in preparation for their testimony. Prosecutors said they need that information to effectively cross-examine them.

Cruz’s attorneys said they would turn the information over, but only if prosecutors were barred from sharing it with anyone except their own experts. They also want the tests and results permanently sealed from public disclosure. They said public disclosure would violate the psychologists’ ethical code and violate the test company’s copyright.

Scherer said she would likely allow prosecutors to receive the material, but would bar its public disclosure.