NASHVILLE, Tenn. (AP) — A Tennessee judge has ruled that video detailing the treatment of a death row inmate who cut off his penis while on suicide watch must be made public.

Henry Hodges, who was sentenced to death for the 1990 killing of a telephone repairman, filed a lawsuit last October accusing the state of providing inadequate medical and mental health care and subjecting him to abuse. 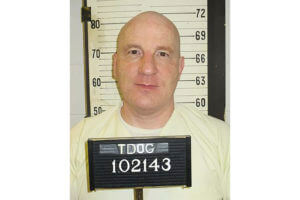 Hodges has said that while he was in the prison infirmary, he was kept naked and tied down with restraints on a thin vinyl mattress over a concrete slab. The room where he was housed had no TV, radio or other mental stimulation, and the lights were always on.

Lawyers for the state have argued that he was provided with appropriate around-the-clock care.

The lawsuit filed in Chancery Court in Nashville was put on hold in December in order to allow Hodges time to exhaust the prison’s administrative grievance procedure. However, Davidson County Chancellor I’Ashea Myles agreed to hear arguments from The Associated Press and the Nashville Banner that photos, videos, and other documents in the case should be open to the public.

Myles originally ordered that only Hodges’ medical records be filed under seal. However, the attorneys have filed numerous other records under seal as well. Those include video of Hodges taken within Riverbend Maximum Security Institution.

The state has sought to prevent the video from being released to the public, claiming the footage poses a security risk at the prison.

In an order filed Thursday, Myles agreed security was a legitimate concern but said, “It cannot be the case that every single representation of the interior of RMSI poses a security risk.” She noted that “the Tennessee Department of Correction itself has shared video footage showing the interior of RMSI on its Youtube page.”

While the prisons are paid for by public tax dollars, their internal operations are largely opaque to the public, she wrote. “This means judicial records regarding the prison system are an important opportunity for citizens in understanding how the Tennessee Department of Corrections operates on their behalf.”

Hodges’ case in particular shows “the treatment of persons experiencing a mental health issue while incarcerated,” which is “a matter of public concern,” she wrote.

According to Hodges’ complaint, he was suffering from a psychotic episode in early October when he began smearing feces on the walls of his cell. Rather than provide him with mental health treatment, prison officers began withholding food from Hodges, according to the complaint.

On Oct. 7, Hodges used a razor to cut his wrist and was put on suicide watch. However, he managed to get another razor blade, which he used to sever his penis. It was reattached at a hospital, but necrosis later set in and it had to be surgically removed, according to court filings.

In her order Thursday, Myles gave the state until Jan. 27 to make specific redactions and then release three videos of Hodges showing the inmate and “his condition” when he filed the lawsuit. At the time, he was in the prison infirmary after his return from the hospital.

Several hours of prison surveillance video were also filed under seal. Myles ordered for those videos to remain sealed until after the stay on the case is lifted. At that time, she will review with the state which portions of the video should be redacted and which can be released.

Regarding documents that may be filed in the future, Myles outlined a procedure for Hodges’ attorneys to meet with the state’s attorneys to discuss any redactions to records that they believe contain protected information. If the parties cannot agree on the redactions, the judge will make the determination. Parties can challenge those determinations by filing an objection, Myles wrote.

A Nashville jury in 1992 convicted Hodges of murder in the slaying of repairman Ronald Bassett and sentenced him to death. Hodges also was sentenced to 40 years in prison for robbing Bassett.