LOS ANGELES (AP) — A Los Angeles judge on Thursday again rejected one of 11 sexual assault counts in an indictment of Harvey Weinstein.

Judge Lisa B. Lench first dismissed the count of sexual battery by restraint as too old and outside the statute of limitations two weeks ago, but allowed the district attorney’s office to amend the allegation against the 69-year-old former movie mogul and convicted rapist. 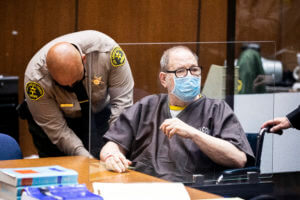 Harvey Weinstein, the 69-year-old convicted rapist and disgraced movie mogul, wears a face mask behind a protective plexiglass screen, as he listens in court during a pre-trial hearing in Los Angeles, Thursday, July 29, 2021. Weinstein pleaded not guilty Wednesday to four counts of rape and seven other sexual assault counts in California.(Etienne Laurent/Pool Photo via AP)

On Thursday, she found that neither of two attempts at an amended complaint from prosecutors solved the problem, and rejected the count again.

Weinstein attended the hearing in LA County jail attire. He was brought into the courtroom shackled to a wheelchair, and was uncuffed as the proceedings began.

Lench gave prosecutors a glimmer of hope on the dismissed count, saying that if they reconvene the grand jury and get it to return a new indictment for it, she may accept it. But she offered no specific instructions.

The rejected count dates to May 2010. Weinstein was first charged with it in January 2020, before the statute of limitations had expired. Prosecutors then got an indictment from a grand jury on an identical count six months later, when the time had lapsed.

The judge agreed with Weinstein attorney Alan Jackson that the grand jury indictment was a new prosecution, and therefore was coming too late.

“The people are grasping to try to save something that is unsalvageable,” Jackson said in court. “They did it, they blew it, they can’t fix it.”

Prosecutors argued that it was a continuation of the same case.

While the count is a small part of the case, dismissing it removes one of five accusers from Weinstein’s forthcoming trial.

Still intact are four counts of rape and six other sexual assault counts. Weinstein pleaded not guilty to all of them last month in his first court appearance in the California case. He was extradited from New York, where he is serving a 23-year sentence for convictions of rape and sexual assault.

Other charges against Weinstein are for even older incidents, but different statutes apply to them.

The defense also revealed at the hearing that they have been given a list of 248 witnesses for the forthcoming trial, for which no date has been set.

Weinstein’s attorneys will seek to reject many of them, and more technical fights are likely to come as they attempt to erode the case against him.

“Today’s a great example of why we need judges with a backbone,” Weinstein attorney Mark Werksman said outside court, “and juries with a tough spine to stand up against false accusations.” 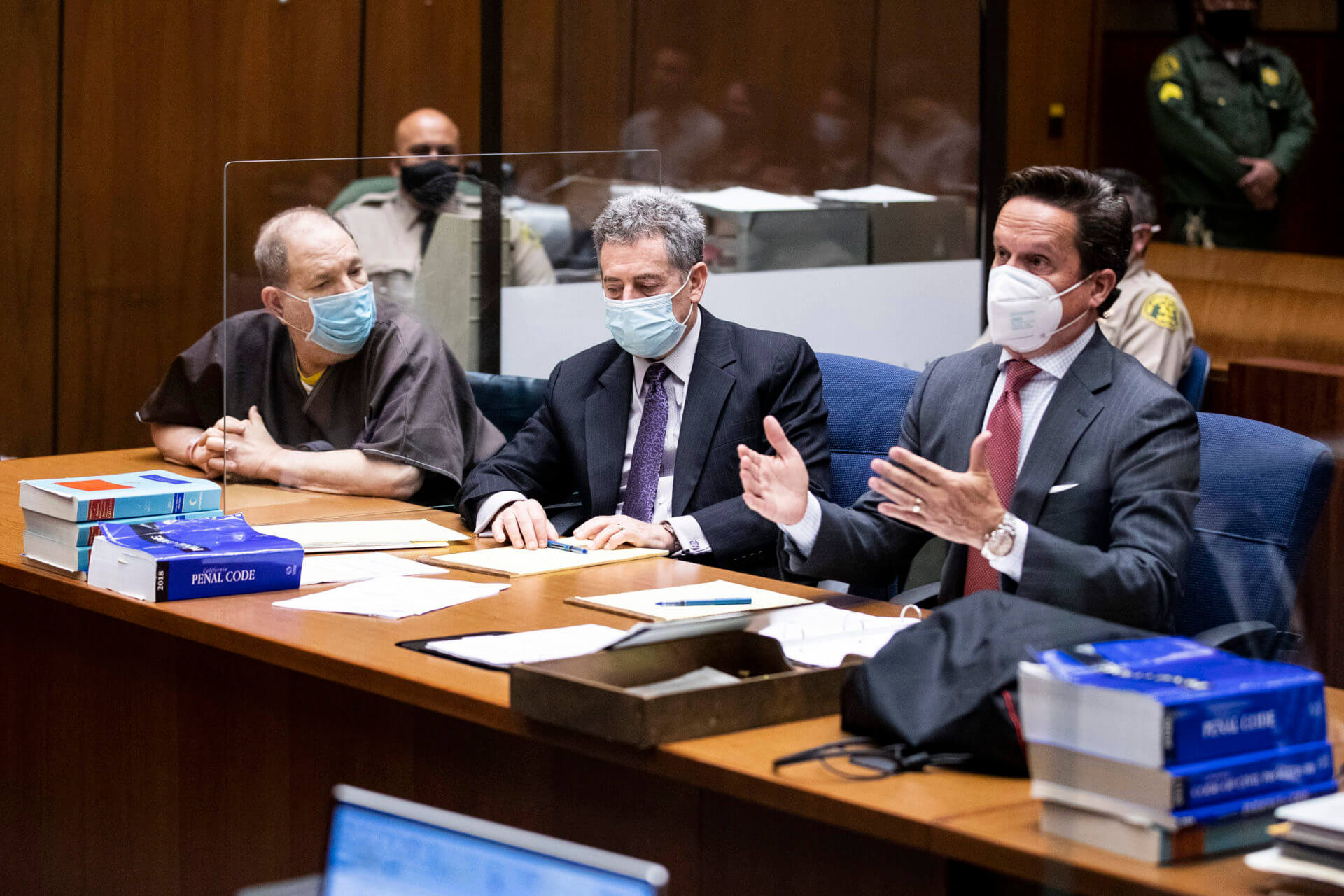