MARYSVILLE, Wash. (AP) — A judge set bail at $1 million Monday for a man who reportedly believed he was demonically possessed and admitted to killing a Marysville resident, saying “voices” told him to do it. 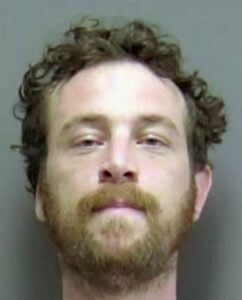 Anthony Boggess, 30, was booked into the Snohomish County Jail in Everett Friday for investigation of second-degree murder and first-degree attempted arson in the death of his former roommate, James Thrower, 65, the Everett Herald reported.

A friend went to Thrower’s home to check on him when he missed work, according to a police report. She went inside and found Boggess. He told her he and Thrower had been attacked, police said. He told her that he hid and didn’t know where Thrower was.

Boggess left by the time police arrived. The friend’s boss then came to the house and they found Thrower’s body wrapped in a tarp in the garage. The Snohomish County Medical Examiner’s Office determined he had been strangled.

The friend told police that Boggess moved in with Thrower years ago. He had been diagnosed with schizophrenia. Boggess had told her “demons tell him to hurt people,” she told police. Boggess was arrested in Seattle. In a police interview, he reportedly confessed to the killing.