People who owned condominiums in the Florida building that collapsed nearly a year ago but did not suffer a loss of life among the 98 people who died will share at least $96 million from a court settlement, a judge said Tuesday.

The initial amount for property owners — as opposed to families of the 98 victims of the June 24 collapse of the Champlain Towers South building in Surfside — was previously set at $83 million, but Circuit Judge Michael Hanzman agreed at a hearing that the higher amount was proper for 136 condo owners in the 12-story building. 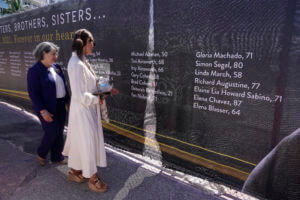 Ronit Naibryf, right, shows Miami-Dade County Mayor Daniella Levina Cava, the name of her son Ilan Naibryf, Thursday, May 12, 2022, in Surfside, Fla. A large banner with the names of the 98 people killed in the collapse of the Champlain Towers South condominium nearly a year ago, was installed around the site. (AP Photo/Marta Lavandier)

“What I care about now is finishing this case and getting money into the hands of victims,” Hanzman said, noting that under Florida law, the condo owners could have been assessed a lot of money to pay for the loss of the building.

“This is an outstanding result for the property owners,” the judge said.

The families who lost loved ones in the collapse will share more than $1 billion, lawyers said Tuesday. The exact details of that settlement are to be done by Friday, followed by a hearing for any objections. A billionaire developer from Dubai is set to purchase the 1.8-acre (1-hectare) beachside site for $120 million.

Attorney Harley Tropin, who represents plaintiffs in the case, said the final settlement for deaths in the condo building’s collapse has grown to more than $1 billion, an increase from the $997 million announced in court earlier.

The twin settlements are still in the works but Hanzman said the case should be settled by September, so that victim families and property owners know what to expect. This would still be an unusually quick settlement for a case of this magnitude, lawyers said.
“One of the benefits of a settlement is finality,” the judge said. 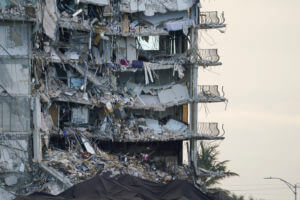 FILE – A giant tarp covers a section of rubble where search and rescue personnel have been working at the Champlain Towers South condo building, as demolition experts were preparing to bring down the precarious still-standing portion, Sunday, July 4, 2021, in Surfside, Fla. A nearly $1 billion tentative settlement has been reached in a class-action lawsuit brought by families of victims and survivors of last June’s condominium collapse in Surfside, Fla., an attorney said Wednesday, May 11, 2022. (AP Photo/Lynne Sladky, File)

Most of the building collapsed suddenly around 1:20 a.m. last June 24 as most of its residents slept. Only three people survived the initial collapse.

No other survivors were found despite the around-the-clock efforts of rescuers who dug through a 40-foot (12-meter) pile of rubble for two weeks. Another three dozen people were in the portion of the building that remained standing, but was ultimately demolished.

The National Institute of Standards and Technology is investigating the cause of the collapse, a process that is expected to take years.

In the court case, Judge Hanzman set a noon Friday deadline for a final settlement agreement to be filed. If that does not happen, the judge said he would hold a full hearing on why a final deal has not been reached.

“At some point, this plane has to come in for a landing,” Hanzman said. 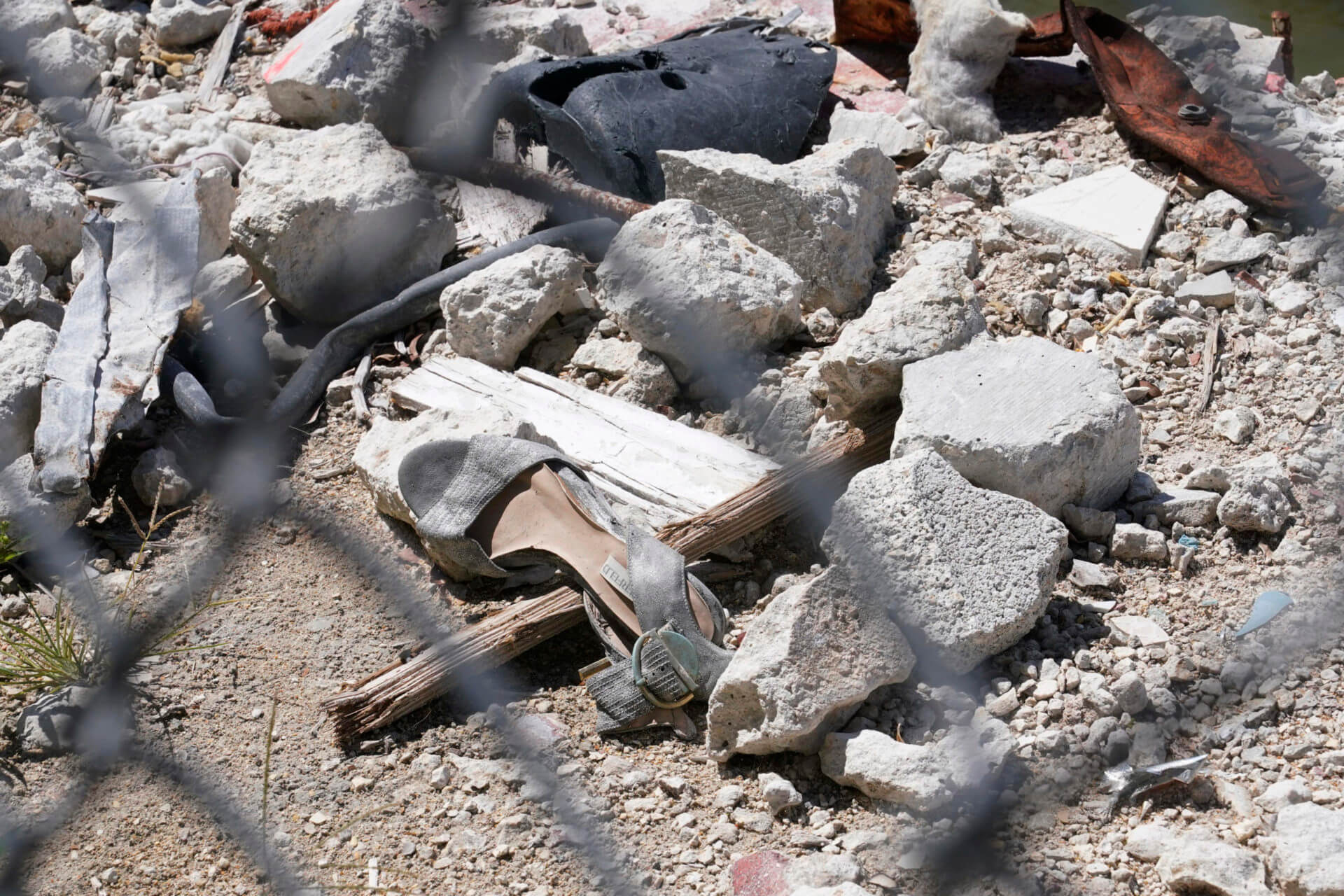 A shoe is seen amid debris at the edge of what remains of the Champlain Towers South condominium building Thursday, May 12, 2022, in Surfside, Fla. A large banner was installed around the site with the names of the 98 killed when the building suddenly collapsed nearly a year ago. (AP Photo/Marta Lavandier)
MORE NEWS