The video, compiled from 13 security cameras inside the building, was not shown to the gallery, where parents of many of the victims sat. Prosecutors say it shows Cruz shooting many of his victims at point-blank range, going back to some as they lay wounded on the floor to kill them with a second volley of shots.

The 12 jurors and 10 alternates stared intently at their video screens. Many held hands to their faces as they viewed the 15-minute recording, which has no sound. 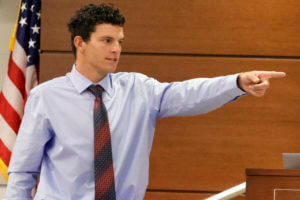 Some started squirming. One juror looked at the screen, looked up at Cruz with his eyes wide and then returned to the video.

Cruz looked down while the video played and did not appear to watch it. He sometimes looked up to exchange whispers with one of his attorneys.

The video was played over the objection of Cruz’s attorneys, who argued that any evidentiary value it has is outweighed by the emotions it would raise in the jurors. They argued that witness statements of what happened would be sufficient.

Circuit Judge Elizabeth Scherer dismissed the objection, saying a video that accurately reflects Cruz’s crimes does not unfairly prejudice his case. Prosecutors are using the video to prove several aggravating factors, including that Cruz acted in a cold, calculated and cruel manner.

Cruz, 23, pleaded guilty in October to 17 counts of first-degree murder, and 17 more counts of attempted murder for those he wounded. The jury must decide if he should be sentenced to death or life without parole for the nation’s deadliest mass shooting to go before a jury.

Later during day two of the trial, jurors heard testimony from Christopher McKenna, who was a freshman during the Feb. 14, 2018, shooting. He had left his English class to go to the bathroom and exchanged greetings with two students, Luke Hoyer and Martin Duque, as they crossed paths in the first-floor hallway. McKenna then entered a stairwell and encountered Cruz assembling his AR-15 semiautomatic rifle. 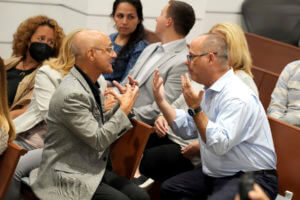 Cruz, who had been expelled from Stoneman Douglas a year earlier, had come onto campus through a gate that had been opened for the end of the school day in about 20 minutes carrying the gun in a bag.

“He said get out of here. Things are about to get bad,” McKenna recalled.

McKenna sprinted to the parking lot as Cruz went into the hallway and began shooting. McKenna alerted Aaron Feis, an assistant football coach who doubled as a security guard. Feis drove McKenna in his golf cart to an adjacent building for safety, and then went to the three-story building McKenna fled from.

By then, the sounds of gunfire were already ringing out across the campus. Feis went in and was fatally shot immediately by Cruz, who had already killed Hoyer, 15, and Duque, 14, and eight others. Cruz then continued through the second floor, where he fired into classrooms but hit no one. When he reached the third-floor, he killed six more.

The jurors also heard testimony from English teacher Dara Hass, who had three students killed and several wounded in her classroom when Cruz fired through a window in the door.

“The sound was so loud. The students were screaming,” said Hass, who wept and dabbed her eyes with tissue as she testified. She thought it might be a drill, but then she spotted the body of 14-year-old Alex Schachter, who had been fatally shot at his desk. 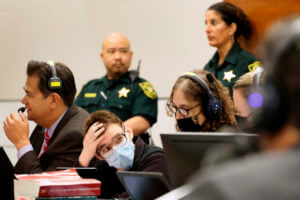 “That’s when I saw it wasn’t a drill,” she said. Two 14-year-old girls also died in the classroom: Alaina Petty and Alyssa Alhadeff.

When police arrived and evacuated her students, Hass said she did not want to leave but officers convinced her.

“I wanted to stay with the students who couldn’t go,” she said, referring to Schachter, Petty and Alhadeff. When prosecutor Mike Satz showed her photos of their bodies in her classroom, she sobbed.

One student in her class, Alexander Dworet, said he originally thought the loud bangs were the school’s marching band, but then he felt a “hot sensation” on the back of his head where he had been grazed by a bullet and “I realized I was in danger.” He and other students scrambled away from the window, using Hass’ desk as a barrier.

Dworet’s 17-year-old brother, Nick, was across the hall in his Holocaust studies class. Cruz fired into that classroom, too, killing him. 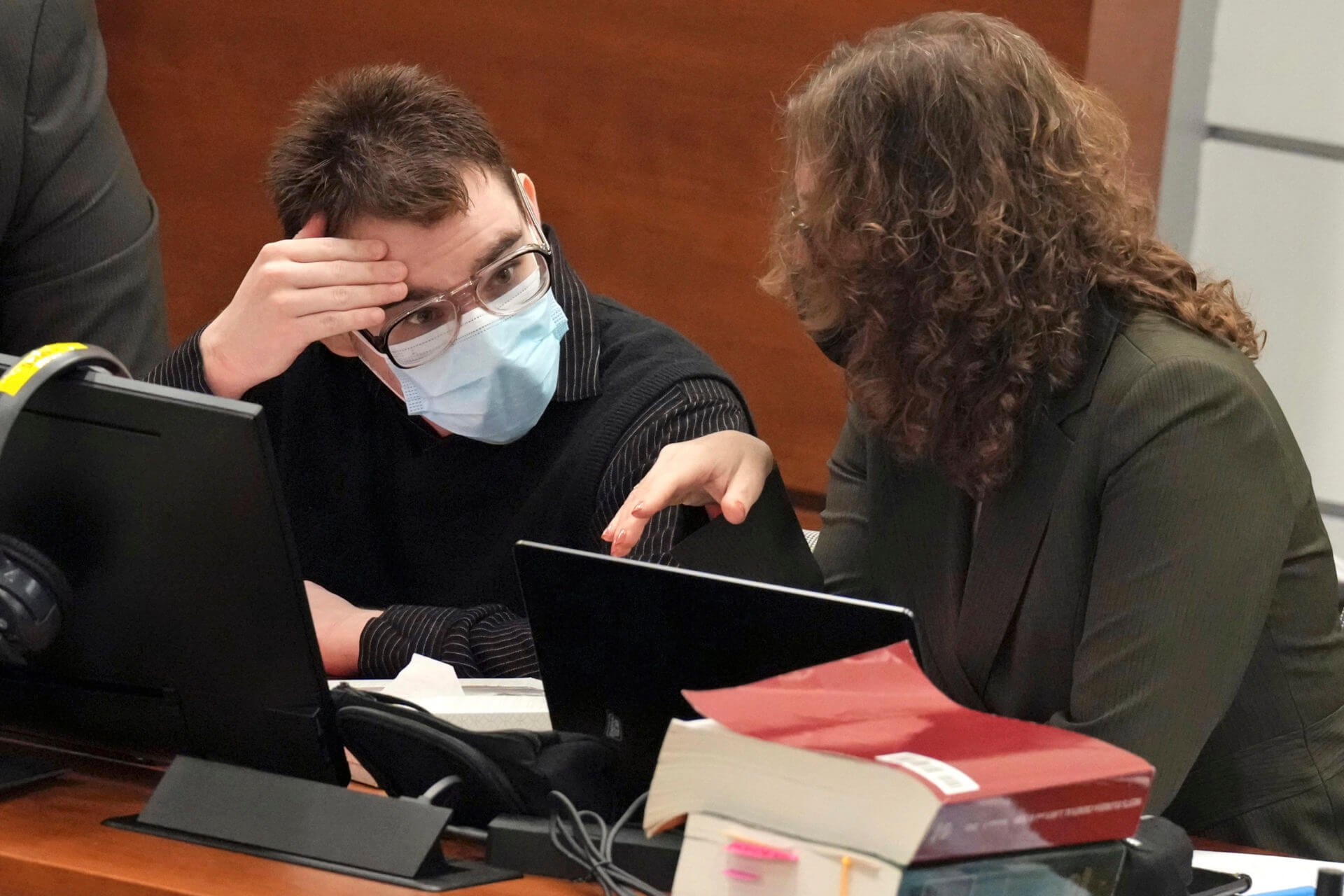