Jurors wrapped up a day of deliberations Wednesday in the murder case against a former Texas police officer charged with fatally shooting a Black woman through a rear window of her home in 2019.

The jury took up the case after six days of testimony and argument in Aaron Dean’s long-delayed trial for killing 28-year-old Atatiana Jefferson while the white Fort Worth officer was responding to a call about an open front door. The jury deliberated for about eight hours Wednesday without reaching a verdict and was scheduled to resume deliberations Thursday morning.

The judge told the Tarrant County jurors on Wednesday that they can also consider a charge of manslaughter. Dean shot Jefferson after a neighbor called a nonemergency police line to report that the front door to Jefferson’s home was open. She had been playing video games that night with her nephew and it emerged at trial that they left the doors open to vent smoke from hamburgers the boy burnt.

The case has focused on competing claims of whether Dean, now 38, knew Jefferson was armed when he shot her. Prosecutors alleged the evidence showed he never saw her gun, but Dean testified that he opened fire after seeing the barrel of Jefferson’s weapon pointed at him.

Defense attorney Bob Gill said in closing arguments that Dean had a right to self defense once a gun was pointed at him. 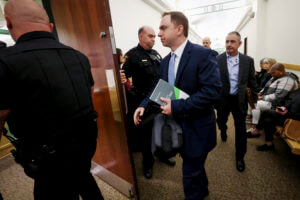 Aaron Dean arrives at the 396th District Court for closing arguments on Wednesday, Dec. 14, 2022, in Fort Worth, Texas. Dean is accused of murder in the 2019 fatal shooting of Atatiana Jefferson. (Amanda McCoy/Star-Telegram via AP, Pool)

“He saw a firearm pointed at him and based upon his training, he reacted,” Gill said. “He reacted tragically, but he reacted correctly under the law.”

But prosecutor Dale Smith described Dean as a “gung-ho, hard-charger” who gave Jefferson no chance to comply with his command to put her hands up. Smith also told jurors there’s no evidence that Dean saw a gun.

“He didn’t know what he saw, he just shot,” Smith said.

The case was unusual for the relative speed with which, amid public outrage, the Fort Worth Police Department released video of the Oct. 12, 2019, shooting and arrested Dean. He’d completed the police academy the year before and quit the force without speaking to investigators.

Since then, the case was repeatedly postponed amid lawyerly wrangling, the terminal illness of Dean’s lead attorney and the COVID-19 pandemic. 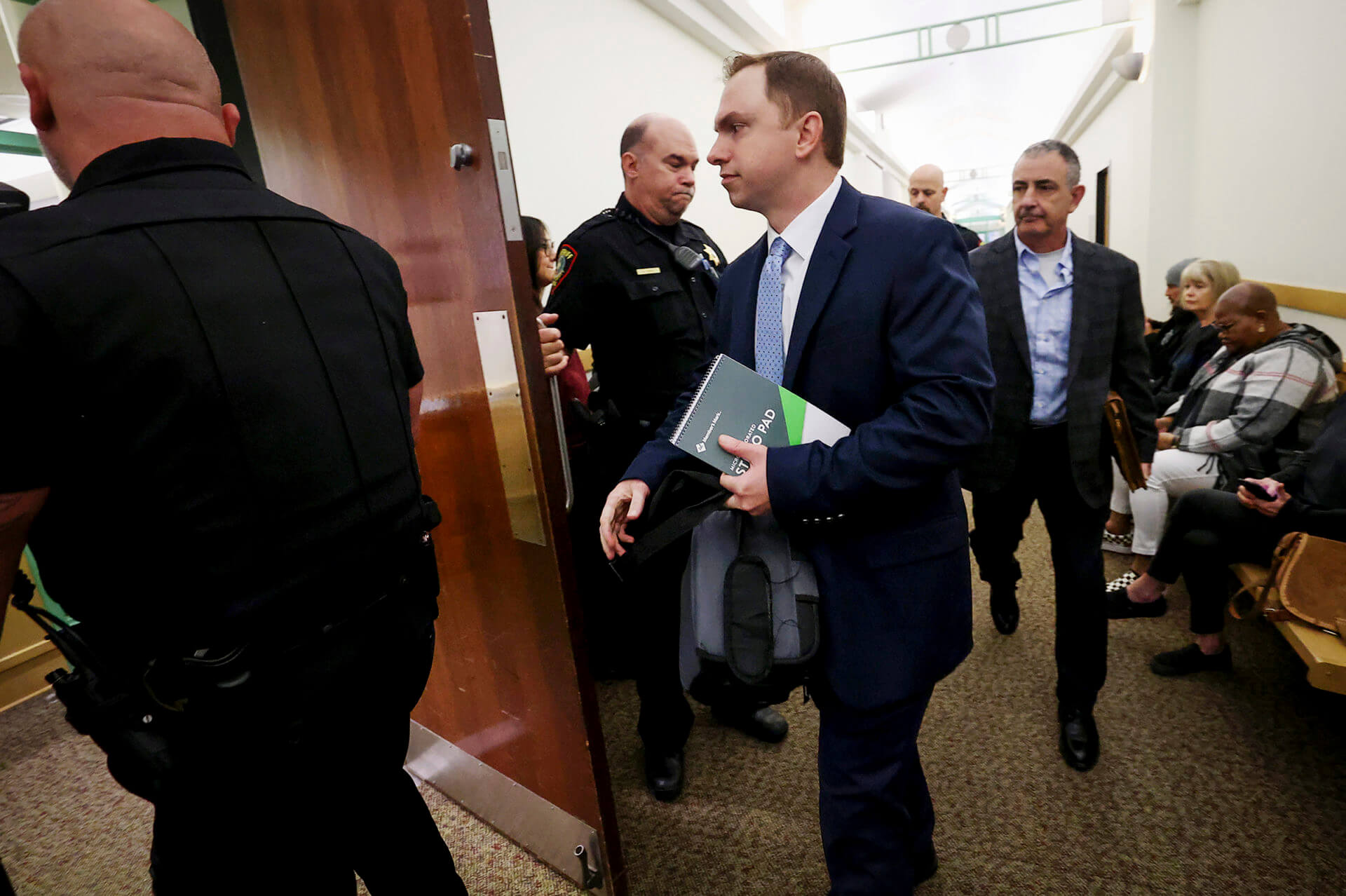 Aaron Dean arrives at the 396th District Court for closing arguments on Wednesday, Dec. 14, 2022, in Fort Worth, Texas. Dean is accused of murder in the 2019 fatal shooting of Atatiana Jefferson. (Amanda McCoy/Star-Telegram via AP, Pool)
MORE NEWS